What if you forget to remove the pitot tube cover? 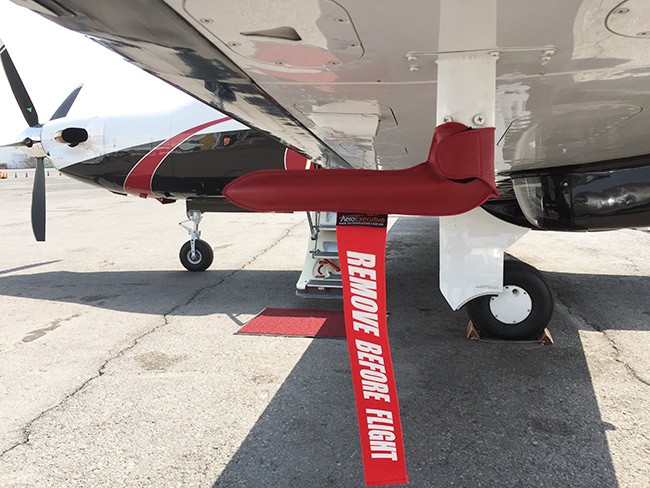 There I was, waiting for the oil temperature to rise, when an aircraft that had just landed, taxied past me, and the pilot waved a frantic hand at me. I did not recognise the pilot, so thought he was being a bit over-exuberant in his greeting, that is, until suddenly I got that weird feeling that he had meant something more than a ‘hello’. So the engines were unceremoniously shut down, and the ensuing walk-about revealed the offending red-tagged pitot cover. Embarrassment can hardly describe how I felt (I actually wished the apron would suddenly turn into a giant sink hole). This was something I thought I would never be capable of – I always feel that I am pretty meticulous about the pre-flight. I can only tell you that I got distracted – somehow!

This awkward moment got me thinking about what to do, should this ever happen to you. Well, on a high wing, it is highly possible that when you do you pre-take-off checks that you will spot the ‘red tag’, but in a low wing, it usually lies in an invisible position. The truth is, you will probably not notice that something is amiss, until you take full power, and start charging down the runway. Now here is a good habit to develop (if you don’t already do this) – verbalise the phrase ‘speed is alive and increasing’. If the airspeed indicator indicates zero or an unusually low indication, you should immediately abort the take-off. Such a problem is very likely to be related to the pitot tube, whether there is a blockage (like a wasp nest for example), or you simply forgot to remove the cover.

So what to do if you only see the zero airspeed indicator after take-off? This is a particularly dangerous situation, as you have no idea of flap speed, stall speed or landing speed. Depending on the type of aircraft, it is useful to note manifold pressures and rpm in the various phases of flight, so that should this happen, you can use these figures. Similarly, the attitude indicator will also assist you in keeping it straight and level, and avoiding the stall. The important thing is to try and land as soon as possible, giving yourself enough distance should you be coming in a little bit too fast.

Another interesting option that I found on an internet search, is a pitot tube cover that is designed to disengage at a certain airspeed, so if you happen to leave it on, it will be blasted off as soon as a certain speed is reached. A simple alternative is to create a really long red tag that can wrap around the top of the wing – that way it can easily be seen from the cockpit.

Just in case it ever happens to you!