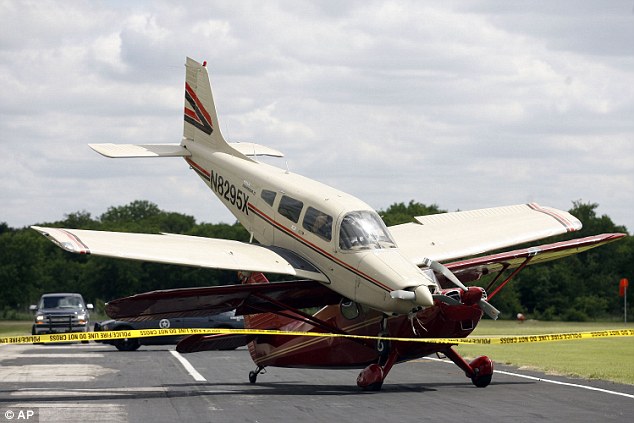 A collapsed nose wheel, scraping a wing while taxiing, or veering off the runway – these sorts of things always seem to attract an audience (with a variety of theories as to what happened), but do we know what to do should the unfortunate or embarrassing happen? As with most regulations, it all seems rather complicated and nauseating so I am going to try and explain it in a practical sense, so that should you or I ever have the misfortune, we don’t appear as dumb-struck buffoons and know what course of action should be taken.

The less concerning of the two, an incident is any (possibly pants-wetting moment), that is not an accident, but is associated with the operation of an aircraft which affects or could affect the safety of operation. A serious incident usually means that it was almost an accident. They can occur when the aircraft is manned (from the moment all persons have boarded until they have all disembarked), or unmanned (between the time the aircraft is ready to move with the purpose of flight, until such time as it comes to rest at the end of the flight and the primary propulsion system is shut down). Here are some examples:

avoidance action would have been appropriate.

. Aborted take-offs on a closed or engaged runway.

. Take-offs from a closed or engaged runway with marginal separation from obstacle(s).

. Landings or attempted landings on a closed or engaged runway.

. Fires and smoke in the passenger compartment, in cargo compartments or engine fires, even though such

fires were extinguished by the use of extinguishing agents.

. Events requiring the emergency use of oxygen by the flight crew.

. Aircraft structural failures or engine disintegrations not classified as an accident.

. Multiple malfunctions of one or more aircraft systems seriously affecting the operation of the aircraft.

. Fuel quantity requiring the declaration of an emergency by the pilot.

. Incidents such as undershooting, overrunning or running off the side of runways.

. System failures, weather phenomena, operations outside the approved flight envelope or other

occurrences which could have caused difficulties controlling the aircraft.

. Failures of more than one system in a redundancy system mandatory for flight guidance and navigation.

These things should be reported as they contribute to aviation safety research, and ultimately your safety! You can report to any ATC or the Commissioner (CAA), and the investigator in charge will provide you with the necessary forms. If the incident is aircraft related, DO NOT move the aircraft until you have reported – you will be instructed as to what to do. Take a couple of deep breaths, but don’t immediately take up any offers of a cold beer, instead try to write down everything you can remember as soon as possible.

Are occurrences during the operation of an aircraft, between the time any person boards the aircraft with the intention of flight until such time as all such persons have disembarked. Three major situations constitute an accident:

The aircraft sustains damage or structural failure. This does not include wing tip ‘rash’, but rather damage which affects the structural strength, performance or flight characteristics of the aircraft. The aircraft will need major repair or replacement of the affected part (think of a collapsed nose wheel or prop strike).

, who will then advise you of which form to fill in, and what information is required.

Reporting accidents and incidents is not only important for insurance purposes, but provides for data collection that could reveal trends that may prevent occurrences. Interestingly, most occurrences are human factor related, namely:

– The need to get to the destination at all costs, despite conditions not being suitable.

As you can see, a number of these factors are preventable, so think carefully when making decisions, and do not be afraid to speak up if someone else is flying – being safe makes you a worthy airwoman / airman.