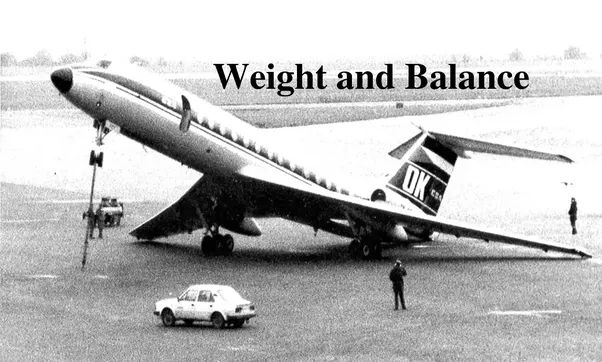 You’re up there, looking down on the world at 7000ft, when your 120kg passenger (Bob) decides to move to a rearward seat for a better view. Will this affect how your aircraft flies, even though the total mass has not changed? The answer is most certainly yes, but let us see what happens, and how to make sure you don’t cause yourself any unexpected problems…

The number one concern here is that the centre of gravity (CG) has changed even though the total mass has not changed. As Bob has moved to a seat that is at the rear of the aircraft, this means that the CG will also move rearwards. The first noticeable feeling that will alert you that this has occurred, is that your controls suddenly feel very ‘light’, in other words, it takes little pressure to move or turn the aircraft. You may also find that your nose looks a little high, causing you to trim it back down to a more level position. This is not the most efficient way to fly, particularly as our range and endurance will be decreased, but the most significant threat that passenger Bob poses is to landing performance. If the CG has moved sufficiently rearwards, that it is beyond the aft limit (this is in your aircraft manual), then large elevator deflection will be required to balance the new tendency towards a nose up position. It will be difficult to maintain the flight path on the approach with already reduced stick authority. Essentially this could lead to a stall, as the forces will be too weak to keep the nose down and the aircraft flying at a safe speed.

So how do we check if it is safe for Bob to change seats, ‘on the fly’ in flight without the help of a calculator?

If you can’t remember that formula then try it this way:

These methods can also be used in the case of a last minute addition of cargo. Bob’s Grandmother hands him a toolbox weighing 30kg that he left behind at the last moment, and this is added to a hold at station 200. How do we calculate the new CG with the addition of Bob’s toolbox to the total mass?

So as you can see, whenever mass is moved in flight, or whenever mass is added or removed, it is necessary to check the change in centre of gravity. In case you are wondering what would happen in a passenger airliner if two thirds of the passengers all got up at the same time and moved to the rear of the aircraft, I am also wondering, but I guess it would depend on the size of the aircraft and the floor load capabilities. however, in the interests of safety, all having a drink at the same time is probably not the best idea!