How does the mixture control work? 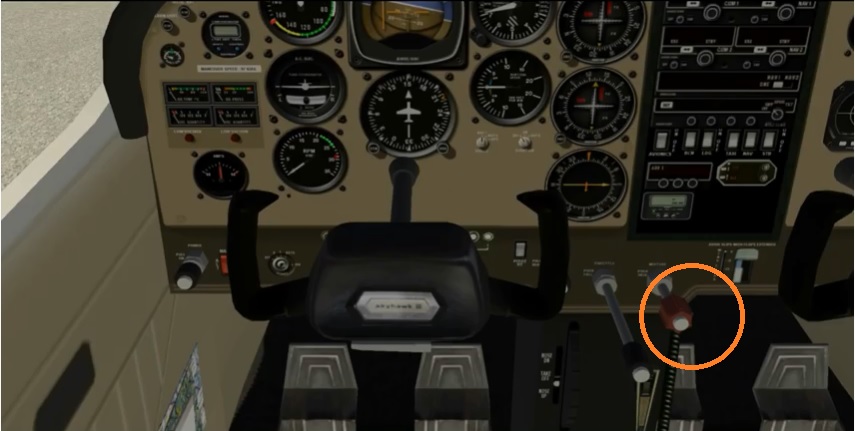 Why do you need to adjust the mixture control?

Getting the fuel to air mixture correct during the combustion process, will give you an optimally running engine, and most importantly for your pocket, the best fuel economy.

When to adjust the mixture?

While fuel density remains constant, air density is affected by:

This means that whenever we have a change in pressure, for example, when we climb, the pressure decreases with altitude, and the air molecules become less dense. This means that they are spaced further apart, and are less ‘compacted’ together. So if we have fewer air molecules for combustion, then we will also need to reduce (lean) the fuel, in order to maintain the most efficient ratio.

When the temperature is high, the air density also decreases, requiring a reduction (leaning) of the fuel.

How to adjust the mixture?

While this may vary slightly depending on the engine (check your POH), the ideal ratio is 15:1, which means a ratio of 15kg of air, for 1 kg of fuel. This mixture is ideal at sea level, where we would take off with the mixture full rich, and then lean it out at the top of climb. How much it should be leaned can be determined from the RPM gauge or the Exhaust Gas Temperature (EGT) gauge. Not all aircraft have an EGT gauge, so we will consider the RPM. Depress the button on the mixture lever, and gradually pull it out. You will notice the RPM rising until a point, where the needle suddenly reverses and starts to drop. The highest point is the peak, so bring it back to this point, and then add a bit more by rotating the knob 1.5 – 2 turns to the right.

If you are taking off from an airfield that is at high altitude, or the density altitude is very high, then you will want to conduct this procedure before take-off. Just remember, that if you are descending to a sea level airfield from altitude, you will need to richen the mixture to make sure the engine does not get too hot with the increased air density.

What happens if you don’t adjust the mixture?

If the air is less dense due to increased altitude or high temperature, and we have the mixture full rich, this means that the ratio is somewhere between 8:1 and 10:1. The air is less in relation to the fuel, which could cause some of the fuel not being combusted, and the spark plugs fouling up.

Conversely, when the mixture is lean, the proportion of air is increased, and the ratio is between 16:1 and 17:1. When we descend to sea level, the air density naturally increases, so if we do not increase the fuel proportion (richen), there is a strong possibility of the engine overheating, as fuel is also used to cool the engine.