How to use rudder for a perfectly coordinated turn 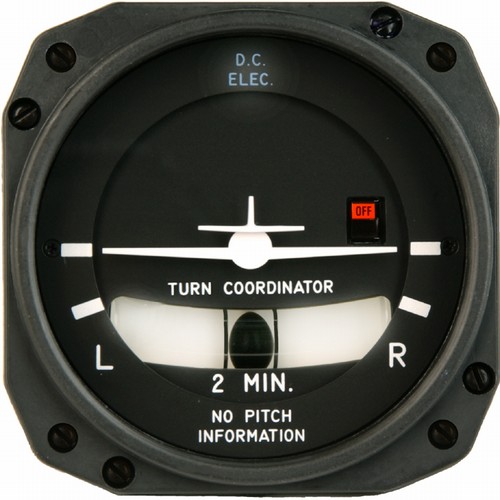 In a turn using aileron only, the aeroplane rolls about the longitudinal axis, however, there is a reaction to this, in the form of adverse yaw. This undesirable movement about the vertical  axis is caused by the difference in drag of the upward, and downward going ailerons, there will be more lift on the up going because of the change in the chord line position, which increases the effective angle of attack. The result is that the horizontal component of lift forces the aeroplane to move towards the low wing, causing a sideways movement with the nose of the aeroplane pointing in the opposite direction of the roll. This can be a threat if left unchecked.

The remedy for adverse yaw is to be found in the rudder pedals, and in combination with the ailerons is termed a ‘coordinated turn‘. What this means is simply the coordination of aileron and rudder, in order to balance the turn. But how does one achieve this?

Firstly, you need to know if your particular aeroplane is prone to adverse yaw, and by how much it tends to want to point its nose in the opposite direction. In order to do this, try keeping your feet completely neutral on the rudder pedals, with the ball of your turn coordinator nicely in the centre. Now try a turn to either direction, using only the ailerons. If it looks likely that your passengers would be flung in a vomit-worthy swoop to the opposite direction of the turn, then you can be assured that a good dose of rudder input on entering the turn would not go amiss.

So, how to master a coordinated turn? Well, I am not a military trained expert, but here are a couple of tricks that have worked for me:

Small degree heading changes (5 degrees or less): If you need to make a small change in your heading, of less than 5 degrees, then it feels more controlled if you use rudder only, ‘stepping on the ball’ in the direction you want to go, and then neutralising the ball back in the middle when the manoeuvre is complete. I find this particularly useful for instrument flying, be it in the dreaded sweat-box or in an aircraft where small, teeny-tiny movements will secure your position on the localizer for example. By using rudder immediately you prevent a potential delay in the turn by preventing the adverse yaw, which could lead to over-corrections with ailerons.

Larger heading changes: In this case it is helpful to start the turn with a little rudder before applying the aileron, in order to anticipate the expected yaw, and make the turn nice and balanced. Essentially, you use the rudder to initiate the turn, and then acquire the desired steepness using aileron. However, you need to remember that when you reduced the pressure on the aileron to roll out, you also need to do the same with the rudder pedals.