Hour building? Why not try a Nav Rally competition? 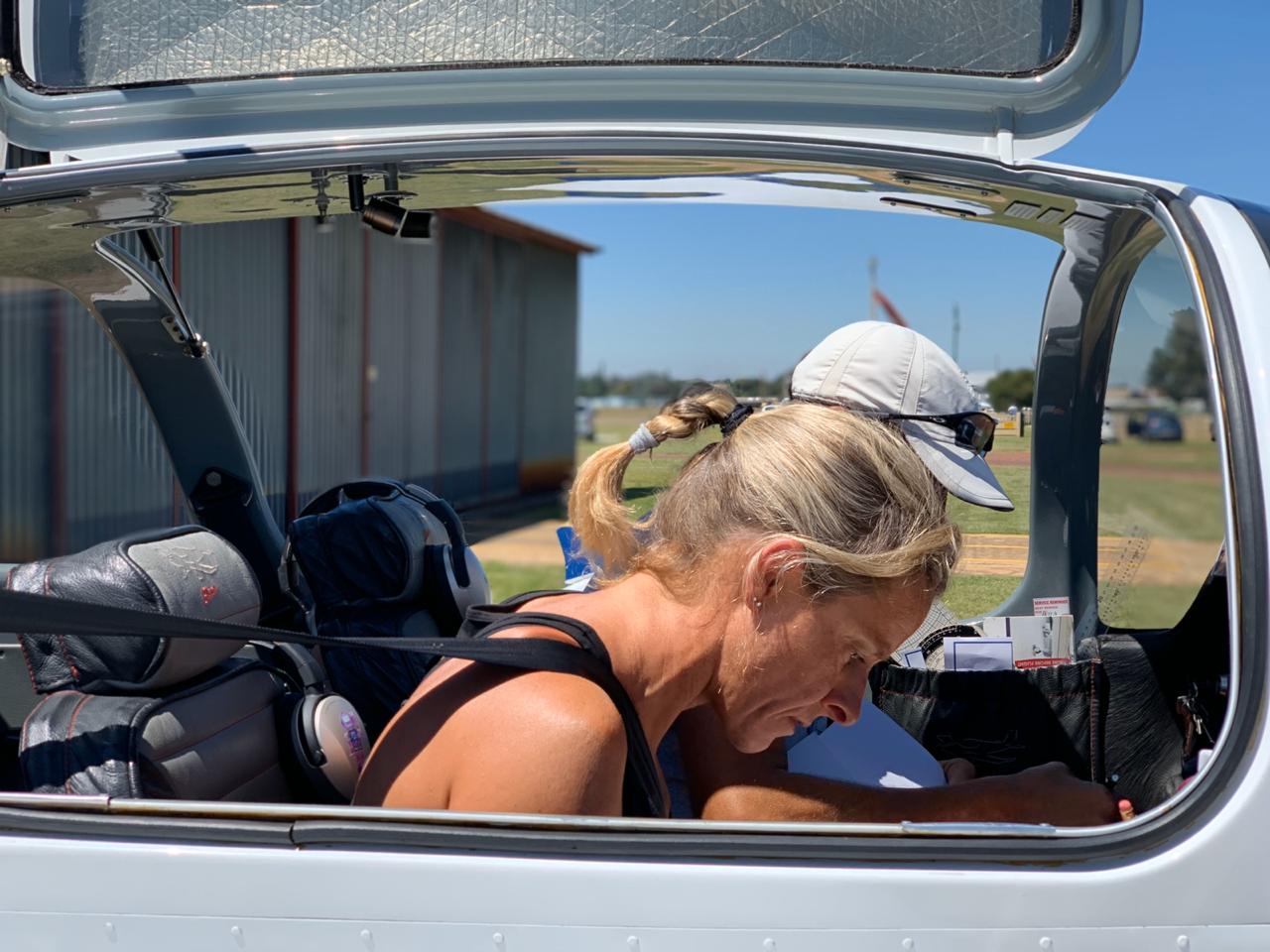 Are you hour building for commercial hours, or are you a private pilot who is getting a little stale always flying to the same breakfast spot? Many pilots stay in their comfort zone, or without the guidance of an instructor, simply do not have an idea of how to continue improving their skills. Might I suggest, that while floating around the skies might be quite relaxing, that you give your skills a boost and try a navigation rally competition…

What is a navigation rally competition?
Firstly, rally competition flying is an internationally recognised sport, with it’s own annual World Championship. However, locally, competitions cater for every level, beginners are welcome, and if you feel that you have absolutely no idea what you are you are doing, fear not, ground training sessions are offered by some of our top pilots and navigators. Events and training sessions are posted on the SAPFA website.

A navigation rally is essentially a test of navigation skills, precision flying and multi-tasking at its limit. The competition requires a two crew team, consisting of a pilot and a navigator (who can also be a pilot, but not necessarily), and a light aircraft. The local hire-and-fly is more than adequate, the slower the better, and a high wing is advantageous when it comes to spotting features on the ground.

In the Sportman Class (Class 3), teams are given a road map, with the navigation route printed on it. Turning points are marked, and the only task is to measure the headings, taking into account the local magnetic variation and calculate the leg times. This is done on the ground, and teams are usually given about 45 minutes to accomplish the task. Once in the air, teams are required to not only fly the route accurately, and reach each turn point in the correct time, based on the speed that they nominated at the start (depending on the aircraft, but about 75kts is ideal). In addition to this, you are given two sets of photographs – one set shows photos of the turn points, and the other, shows random photos of things you may, or may not see, between legs. Photos of things that are seen, need to be marked at the specific point it was seen on the map.

In the Unlimited Class (Class 1), rules are aligned with the international standard. Class 1 teams are not given the route, and have to plot it entirely themselves, from clues indicated on a task sheet. These clues are tricky, and require very careful interpretation – one mistake could affect the entire route plot!  Unlike the Sportman Class, teams plot the route inside the aircraft, under very limited time, which means that the navigator is often still plotting when the aircraft is already in flight. At this point, I might suggest you take an air sickness tablet if you are the navigator! As is the case with the Sportman Class, you are given two sets of photographs – one with the turn points, which are not necessarily correct, and the other with random photos that only the eagle-eyed might spot. The competition is also usually terminated with a spot-landing competition, quite challenging when your head has already been overloaded, in full navigation mode!

I have competed in a few ‘fun rallies’ before, which are definitely not easy by any stretch, and I can assure you,  that even if you have a Commercial Pilot Licence, you will feel like a true novice. This is exactly how to inject some life into your flying! Critical to the whole operation is good teamwork, clear definition of roles and continuous communication. It may take you a while to decide on who should do the flying and and who should be the chief navigator, especially if you are flying with another pilot! My partner and i tried to switch it around a few times, until we eventually decided that we worked best with him flying and me as chief navigator. To be honest, the navigator has the most challenging job, you must be able to focus, work well under pressure and be precise with your plotting.

Our first experience competing in the ‘Big Girls/Boys’ Class was quite a wake up call, and gave us a lot of respect for the excellent members of our national team. In fact, on our first attempt we never even got to take off as we made a mistake on plotting one of the first points, and thereafter, we could not get the route! Following that ’embarrassing’ experience, we signed ourselves up for the one day course offered by some of the national team members who really put us through our paces on the ground! It was an incredibly valuable experience, and when the Brakpan Rally rolled around a few weeks later, we definitely felt a whole lot more prepared! Just with any other sport, we decided to start off by focusing on the basics of rally flying, one step at a time instead of trying to master everything at once. This time around, we felt a whole lot better prepared, and decided that we (I) would focus on plotting quickly and accurately, and then try to navigate around the course as precisely as we could. Despite doing the plot well, I certainly have room for improvement when it comes to speeding up – I paid the price by almost throwing up on my pilot’s lap as I was still plotting (head down) when he was executing some low level ‘manoeuvres’ looking to match up the turn point photos with what was actually on the ground! 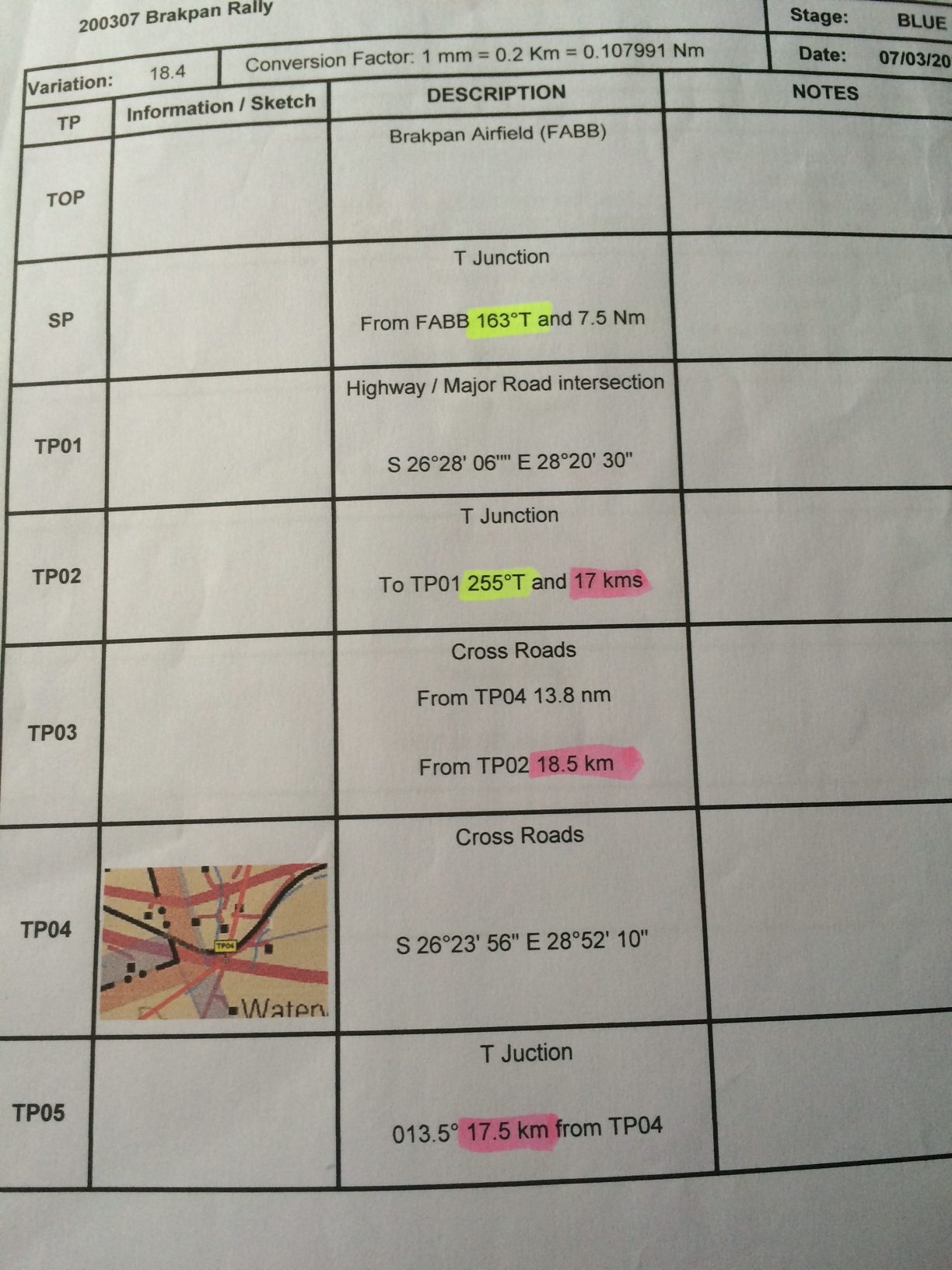 The task sheet requires VERY careful reading and interpretation to ensure accurate plotting. One mistake here, and the entire route will be affected. According to international standard it should take 2 minutes to plot each leg… This takes some practice, and is especially difficult when in a cramped cockpit! 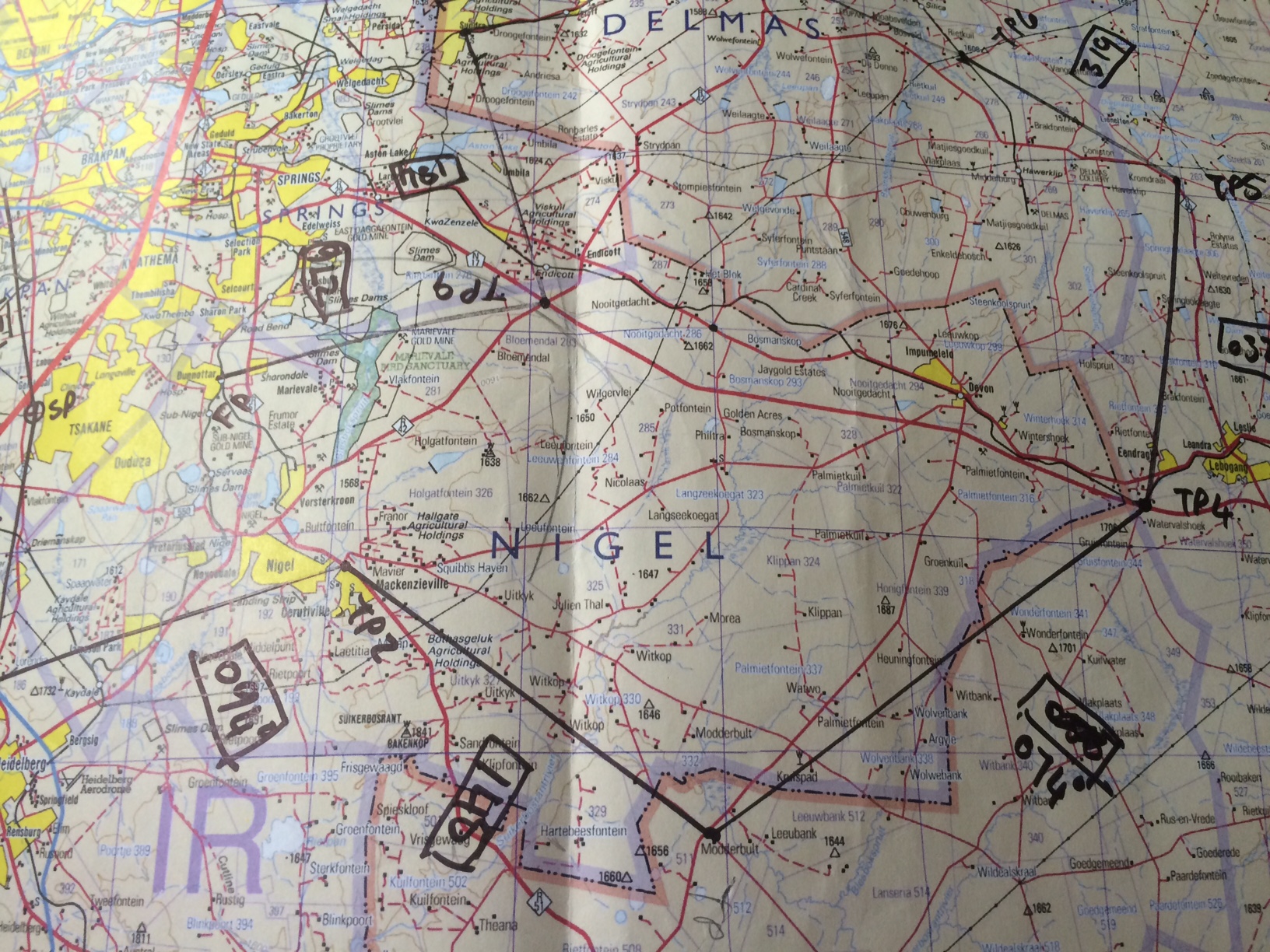 The route needs to be plotted quickly and accurately. Maps are not aeronautical maps, but rather, road maps, lacking in useful information for aircraft! The navigator must also consider the pilot, and needs to make turning points clear, as well as headings facing the correct direction when the pilot is holding the map. 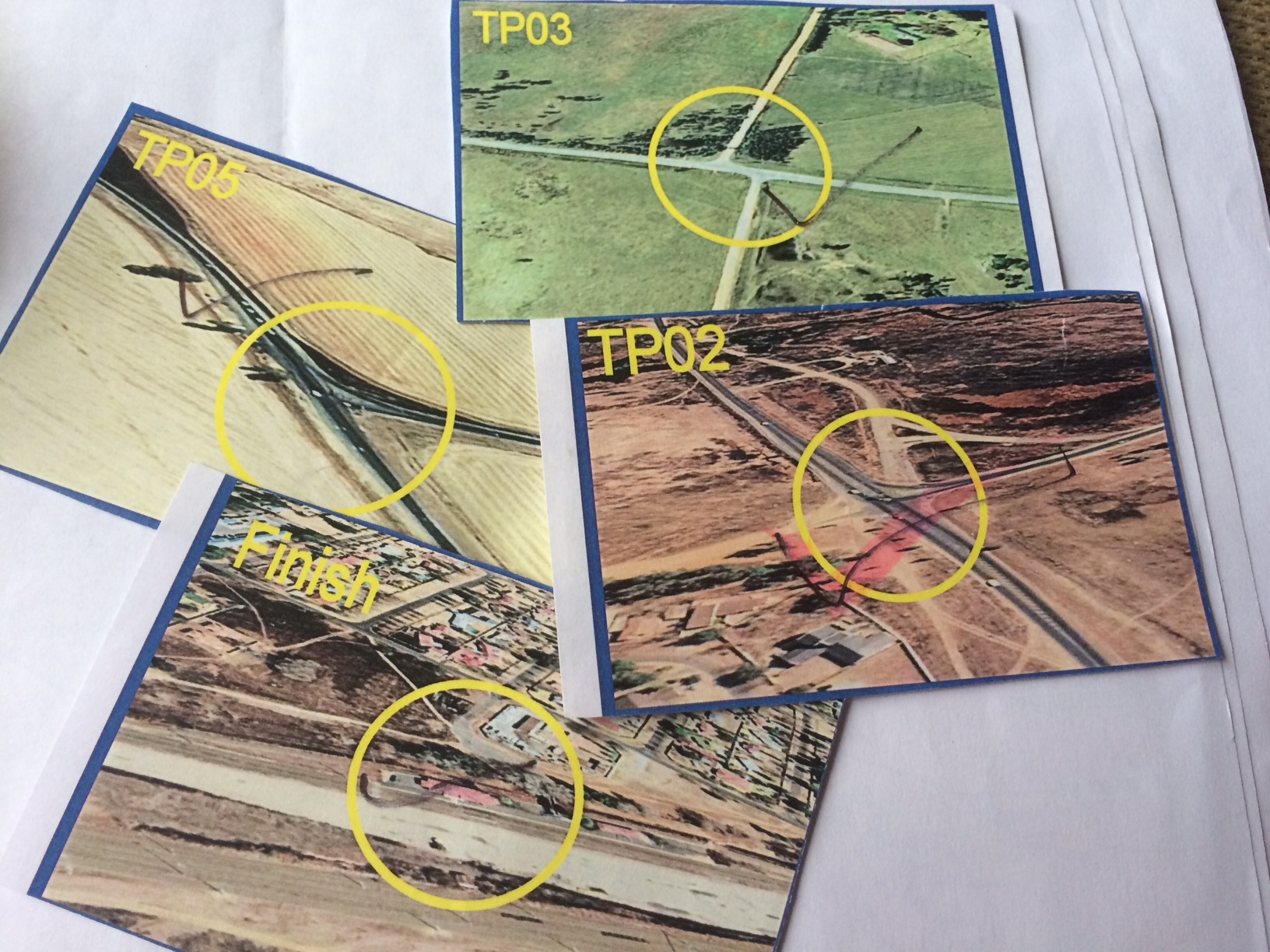 Turning point photographs may, or may not be correct, and also may not have been taken in the same season, making identification even trickier! 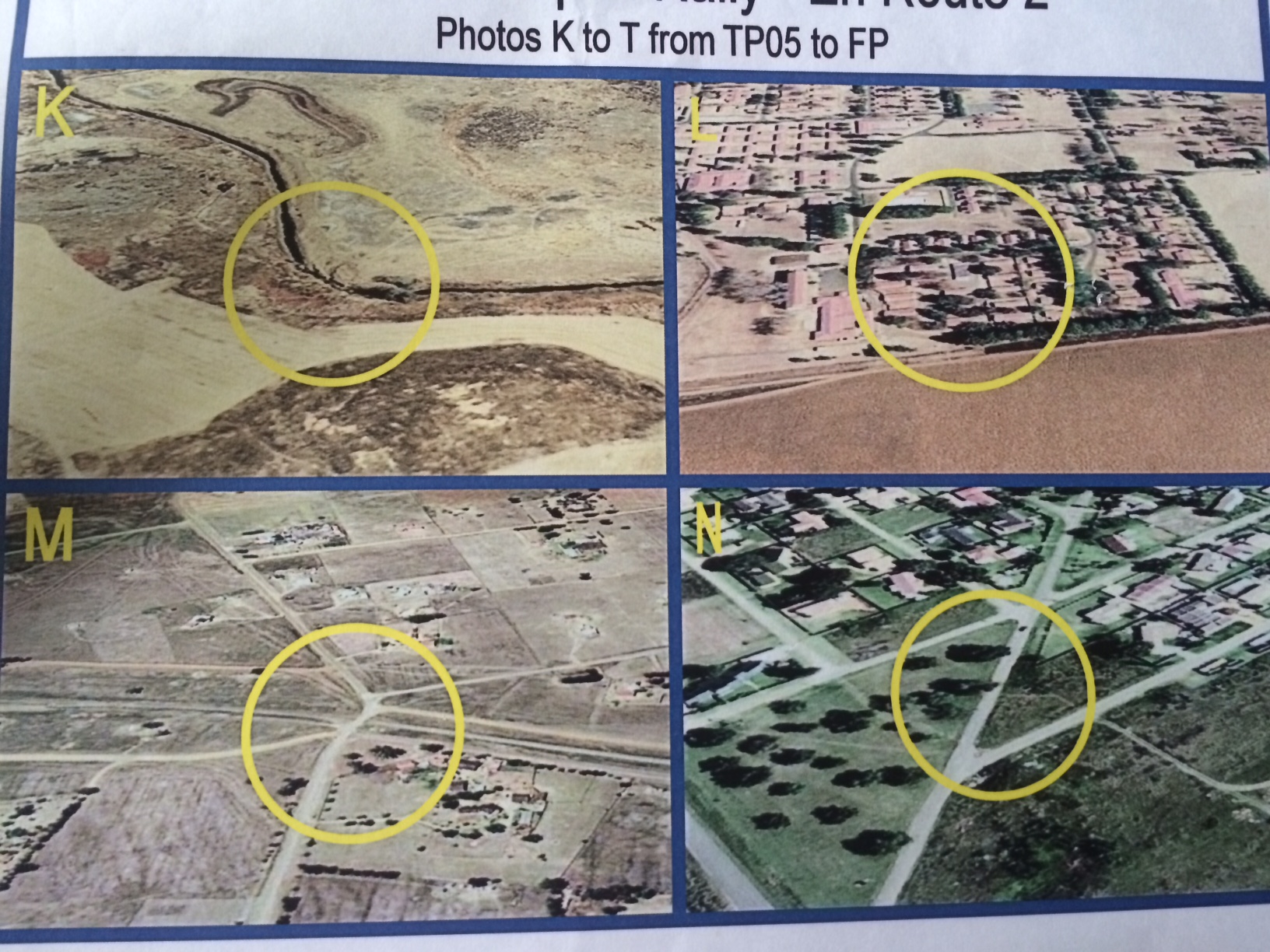 Then comes the ‘maybe’ photos, that you might see at some point between a variety of legs. I can honestly say we were too busy in the cockpit to even get to these! 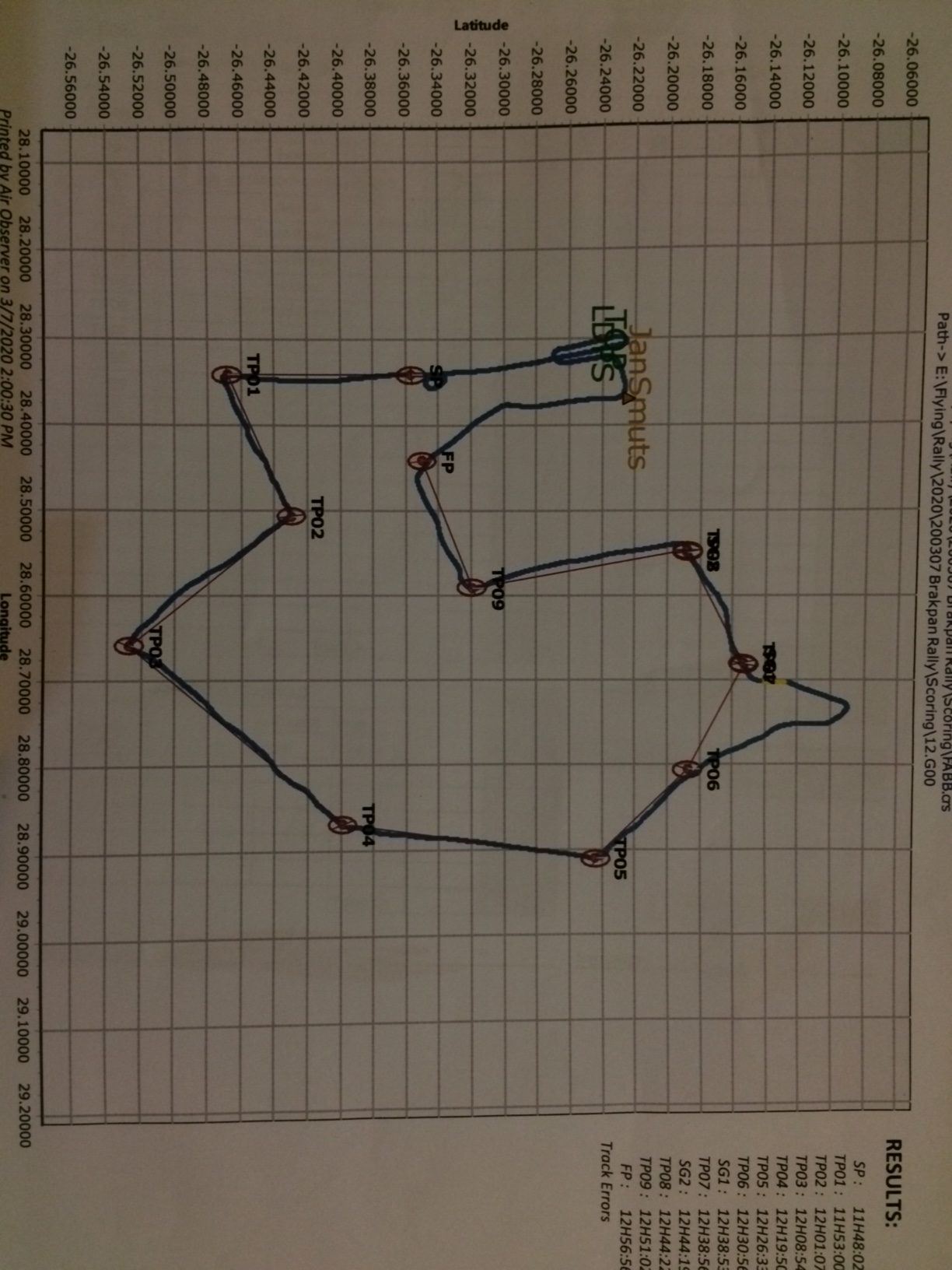 The organisers provide a GPS tracker which is placed in the aircraft, at the end, the truth is told and your actual track is printed. In our case, it was a pretty good one, except for a small error, initially following the incorrect railway. This printout shows you exactly how accurate you thought your flying was.
Doing a navigation rally really is a cost effective, and productive way of building valuable hours and improving your skills, especially if you got your licence many years ago. The camaraderie is simply brilliant, and you can be sure of having a few laughs when viewing the tracks and hearing the cockpit banter of others. Next time, don’t just fly, challenge yourself!