Need to fly on the compass? Here’s how to do it 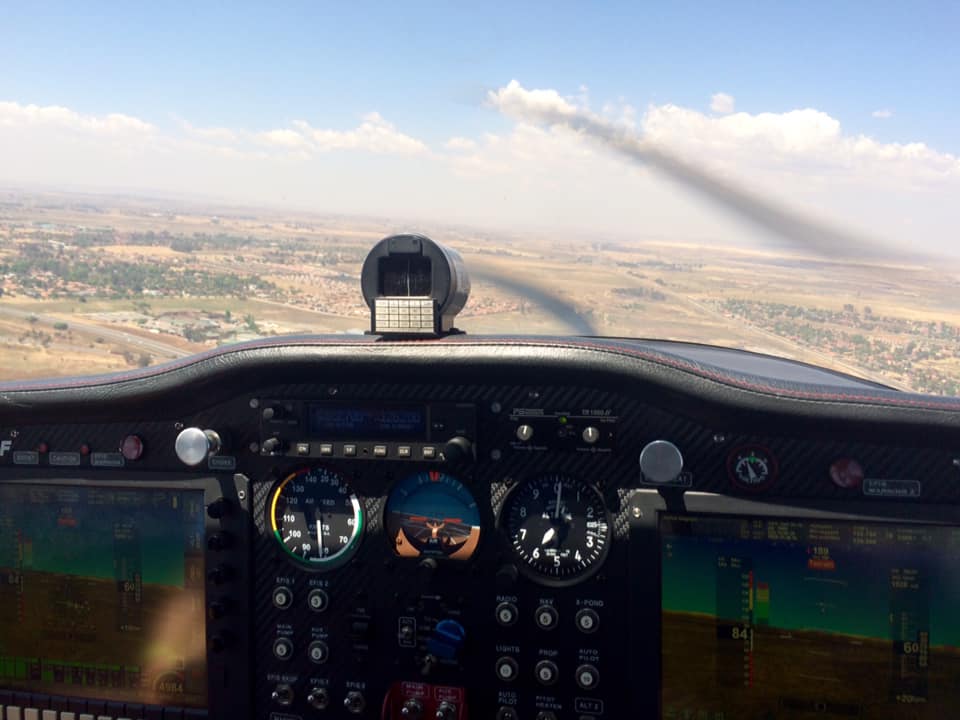 When it comes to navigation, the magnetic compass is probably not your primary choice of instrument, with good reason, because it also one of the most inaccurate. It may be one of the most basic instruments in your aircraft, yet, it is a legal requirement, and has an essential place in the cockpit, especially when all else fails.

The advantage of the magnetic compass, is that it has its own self-contained system, and does not require a power source in order for it to operate. So, in the unlikely (but always possible), event that you should lose your navigation instruments, this is an important reminder of how to use the compass. 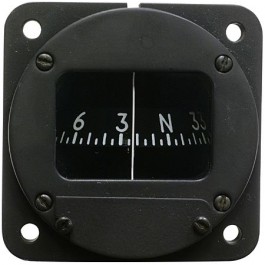 The magnetic compass usually stands stoically, in the centre, on top of the dashboard. It is intentionally placed here, as out of the way from other instruments as possible, as these have a direct influence on the magnet. Also avoid placing your headset, or any metallic items near the compass, as these will also interfere with its operation.

It is quite simple in construction, consisting of a compass card, which shows N, S, E and W, with other headings marked every 30 degrees in between. The bar magnet, which is freely suspended on a pivot, will always indicate Magnetic North.

The compass body is filled with fluid as a means of damping oscillations as far as possible. The internal components will always align with magnetic North / South, so in fact it is the case that moves as the aircraft changes direction and not the compass card.

There are, however, some inherent errors with the magnetic compass that prevent us from simply flying the heading that we have positioned under the white lubber line. These relate to the effects of accelerating, decelerating and turning the aircraft on the magnetic compass, and depend on what hemisphere you find yourself in.

Acceleration / deceleration error
If the compass card is not perfectly level, and the magnets aligned with magnetic N/S, such as when the aircraft accelerates or decelerates, on E/W headings then the reading will be in error. When accelerating, regardless of the hemisphere, the compass will show an apparent turn to the nearest pole, so a northerly turn in the Northern hemisphere, and a turn to the south in the Southern hemisphere. An easy way to remember this is SAND (Southern Hemisphere), which means that the compass will show a turn to the South when Accelerating and a turn to the North when Decelerating. For the Northern Hemisphere the opposite is true, and we use NADS.

Turning Error
This error occurs when turning towards the north or south. When the aircraft initiates a N/S turn, the dip of the compass causes the compass to initially indicate a turn in the opposite direction. To compensate for this error, it is necessary to either overshoot, or undershoot the heading, depending on the hemisphere and whether we are turning towards the north, or towards the south. An easy way to remember this is ONUS for the Southern Hemisphere, and UNOS for the Northern Hemisphere.

Turning Error – Example
A pilot wishes to turn right onto a southerly heading with a 20° bank at a latitude of 20° North. Using a direct reading compass, in order to achieve this, he must stop the turn on an approximate heading of: 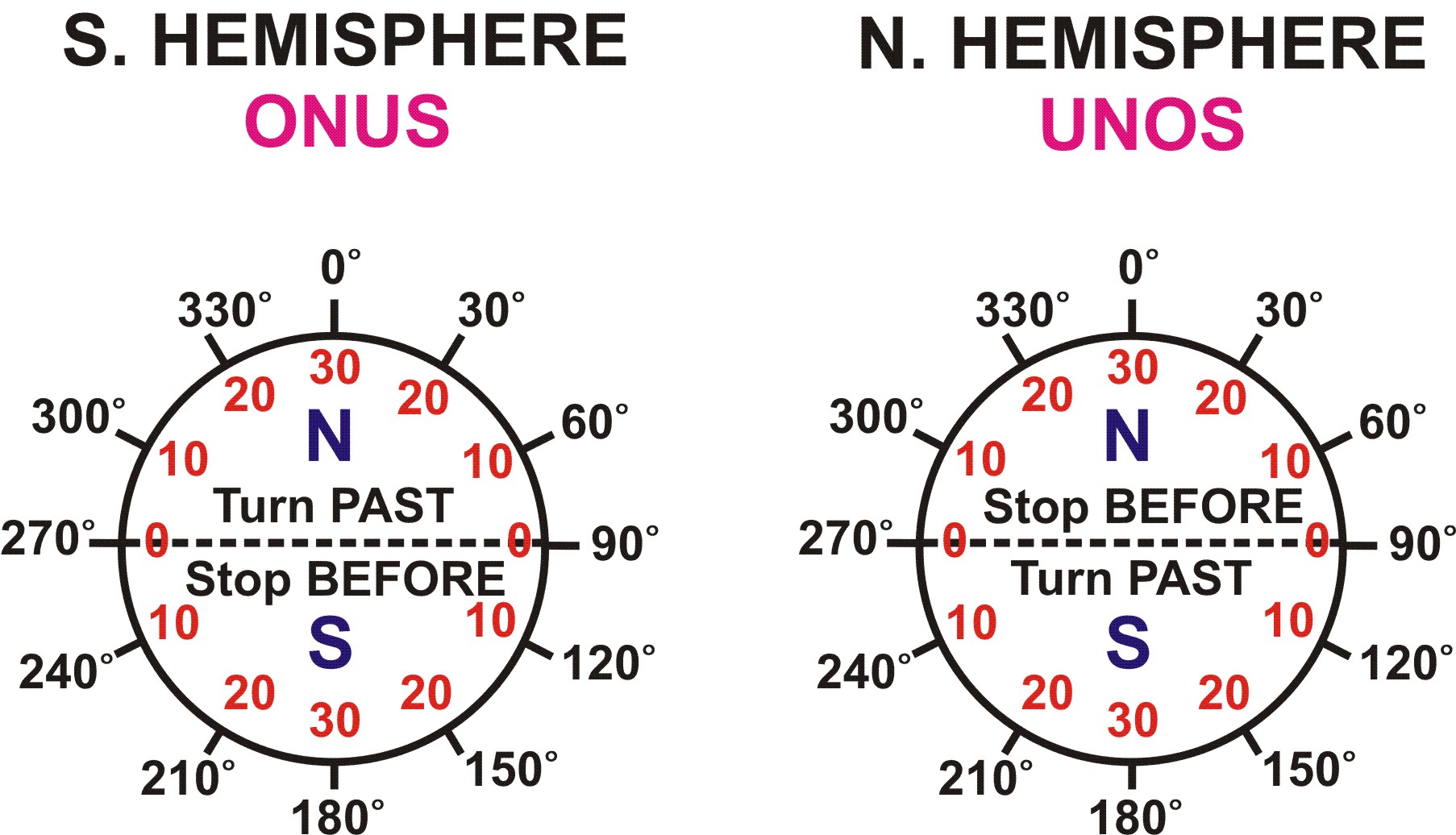