Is the Private Pilot a dying breed? 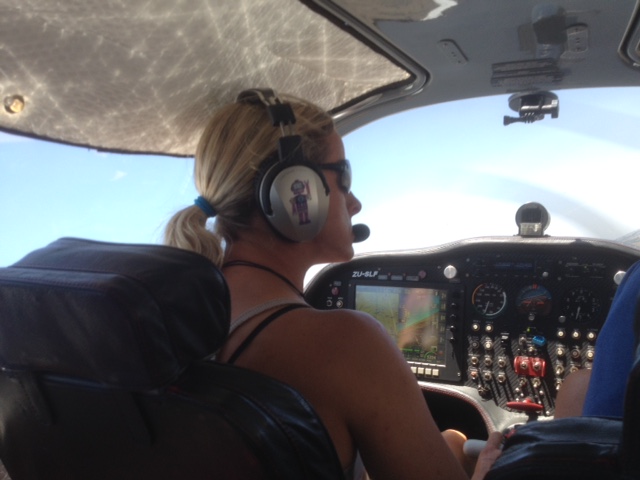 Ask any pilot what their most cherished flying memory is, and it would hardly be surprising if the response dates back to their early training days in some way or the other. I take my own experiences of learning to fly, which all started with a desire, and a mid-life crisis, with no real certainty of where the end goal would take me. However, it was certainly one of the best times of my life, mostly because of the characters I encountered on my way to getting my PPL.

I had the good fortune of starting my training at a smaller airfield with an aero club, and a big heart. It didn’t take long before all the local pilots knew your name, offered you flips in their awesome machines, teased you about your embarrassing, wing-waggle landing, and most importantly the countless hours of advice and story telling. Most of these weather beaten, beer swigging individuals were private pilots, with other jobs, and very forgiving families. I learnt more from listening to these guys than anything I could have read in a flying manual. The question I find myself asking is – are private pilots a dying breed?

Harsh economic times are bad for aviation, and especially general aviation. Most light aeroplane owners are private pilots, and with the ever increasing costs of fuel, maintenance and paper work, many aeroplanes are being tucked away in their hangars until ‘sunnier’ days beckon, or being sold off at eye-wateringly low prices. Could one then also make the assumption that the number of licenced private pilots is also on a steady decline? 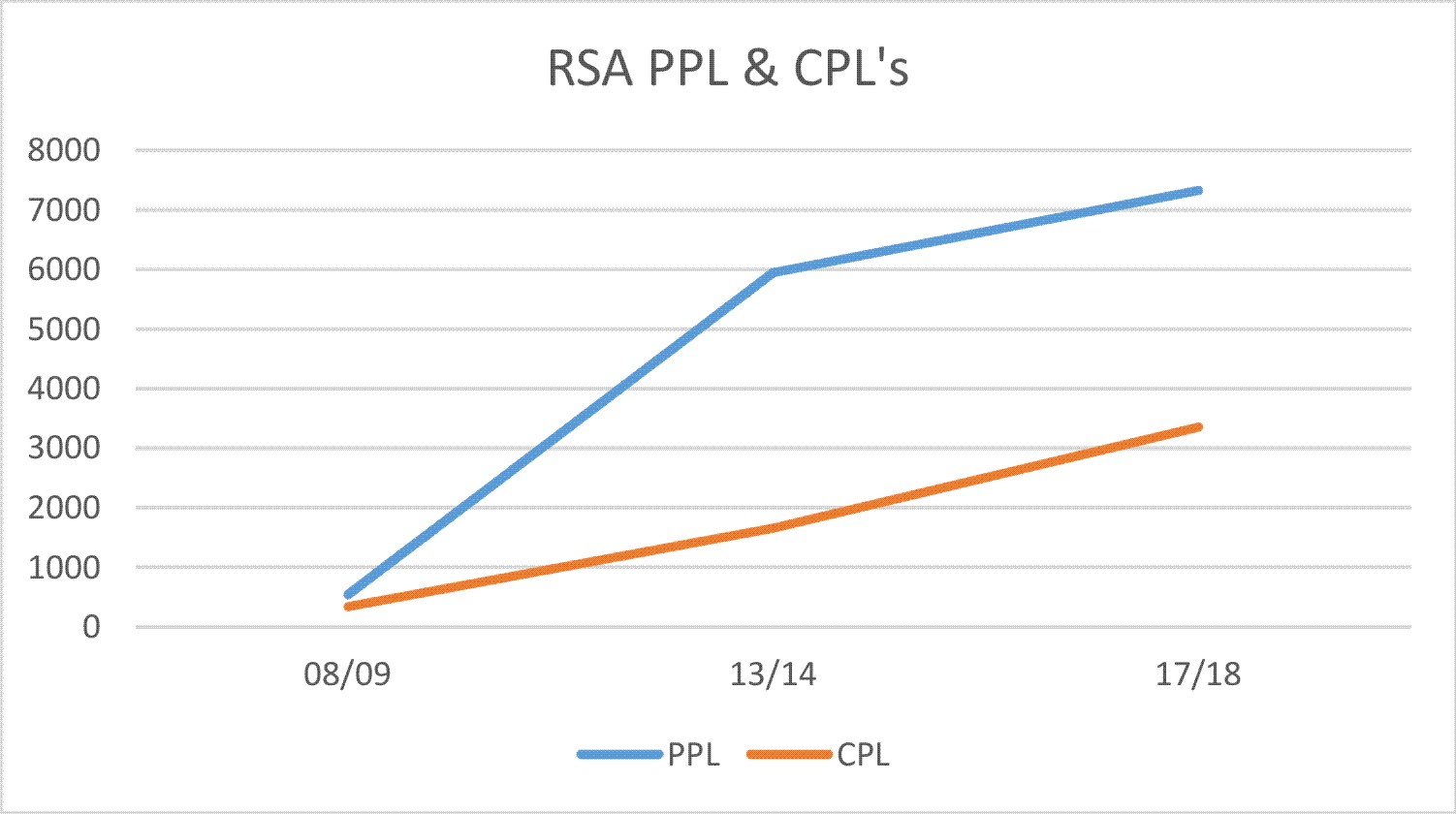 Statistics found in the South African CAA annual reports paint a somewhat surprising picture – over the past five years, there has, in fact, been a steady increase of approximately 35% of South African licenced PPL pilots compared to to a 32% increase over the same period, of South African CPL pilots. However, if we put these figures on a graph (filtered to reveal only South African licence holders) we can see that although both PPL and CPL lines show growth, the PPL growth is reducing, and no longer linear. Trying to ascertain whether these PPL holders have private flying as the end objective, or if they are on the path to commercial flying, is a difficult distinction to make without some serious SACAA inside intel, but some deductions can be made by looking at the general composition of flight schools.

It is no secret that South Africa has become a hub for the training of foreign pilots, mostly from other countries on the African continent, as well as the Middle East and southern Asia, Flight schools in general, seem to have a balance of students which leans towards the foreign contingent, while others report a balance between local and foreign students. What is clear, however, is that schools that traditionally focused on the local PPL market, are now turning their attention to the foreign market for their survival. Yet, despite this, the SACAA statistics tell us that there is still growth in the local PPL market, albeit slow. It seems highly likely that this growth is following the global trend, and is coming from local candidates that are on the path to becoming CPL pilots, and this seems to be justified if one examines the growth of local CPL licence holders. While there is still growth in the PPL line, it is sluggish in comparison to the greater, relative increase demonstrated by the CPL line.

Why is the private pilot important?

Firstly, it is a good thing that aviation is still growing (and following the international trend), in an economically challenged country, yet we should not lose sight of the private pilot market. Why? We are living in a bubble fueled by the funds of foreign students, yet I foresee that this bubble may burst in years to come. As commercial aviation is set to boom in Africa, more investment in local aviation training can be expected in other countries on the African continent, an example of this can already be seen in Ethiopia, with a home-grown training base for Ethiopian Airlines. This will certainly become more attractive to foreign students, who not only have the expense of training, but also visa, transport and accommodation costs in a foreign country.

Care must be taken of the typically middle-aged, potential private pilot – not only do they walk into flight schools with pockets of their own cash, they are also likely candidates to purchase general aviation aeroplanes. This means much needed support for the general aviation business sector, airfields, and the maintenance organisations. I won’t get started on the ever increasing CAA regulation of general aviation, but yes, the current state of affairs could be improved on.

Similarly, we must consider that someone who signs up for PPL training, may indeed progress on towards a CPL. Remember the pilot shortage? Well, if this becomes a reality in South Africa, then we must pay attention to the fact that a significant portion of newly licensed CPL’s, are indeed foreign, and these skills will be taken back to their countries of origin, or to countries desperately seeking pilots.

Going full circle, I come back to the important role that private pilots play in influencing future generations of pilots. For the young pilot, the stories told by these guys and girls, with thousands of hours flying single engine aeroplanes can have more value in teaching good airmanship, than from regular prescribed training. Their advice has also saved many a life. In order for aviation to grow in a healthy way, we should look at how general aviation was the catalyst for many a successful pilot today.