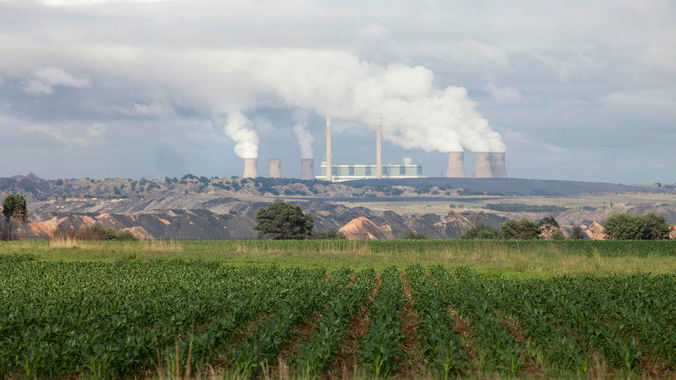 If you have ever flown over, or near, any big city on a cold winter’s morning you may have noticed a ‘dirty’ layer of air in your path. This is most likely an inversion layer, and without understanding the causes leading to its presence, it could challenge your piloting skills.

What is a temperature inversion?

A temperature inversion is a change of normal temperature lapse rate (temperature decrease with height) in the troposphere. Usually occurring close to the ground on cold clear nights, where the air just above the ground cools rapidly, and is much colder than the layer of air higher up. As a result, the cold air lower down, which is more dense, is trapped by the layer of warm air. The ‘dirty’ air is caused by pollutants being trapped in the cold air layer, and unable to disperse higher up.

What is the significance of temperature inversions?

There are 4 significant types of inversion, knowing how these occur will help you to know when to expect them:

Develop when the air is cooled by contact with a colder surface until it becomes cooler than the overlying atmosphere. Occurs most often on clear nights, when the ground cools off rapidly by radiation. If the temperature of surface air drops below its dew point, fog may result. The topography affects the magnitude of ground inversions. If the land is rolling or hilly, the cold air formed on the higher land surfaces tends to drain into the valleys an dips, producing a larger and thicker inversion above low ground and little above higher elevations.

Forms when still air overlies turbulent air. Within the turbulent layer, vertical mixing carries heat downward and cools the upper part of the layer. The unmixed air above is not cooled, and eventually is warmer than the air below; an inversion then exists.

Develops when a widespread layer of air descends. The layer is compressed and heated by the resulting increase in atmospheric pressure, and as a result the lapse rate of temperature is reduced. If the air mass sinks low enough, the air at higher altitudes becomes warmer than at lower altitudes, producing a temperature inversion.

Occurs when a cold air mass undercuts a warm air mass and lifts it aloft. The front between the two air masses then has warm air above and cold air below. Frontal inversions have considerable slope, whereas other inversions are nearly horizontal. Humidity may be high, and clouds may be present immediately above it.

What are flying conditions like at, or near a temperature inversion?

If you are taking off from an airfield and you are climbing through an inversion layer, as the aircraft climbs through the cold air, and hits the warm air mass, you will notice a reduction in rate of climb, and a change in airspeed. On a descent through an inversion you will experience the opposite – an increase in the rate of descent, as the air density increases in the cold air.

Inversions usually signify stable air, so flying conditions are usually smooth, but some turbulence may be experienced when crossing over into the different air mass. The greatest impediment to look out for is visibility – apart from smog, dust and possible fog, strong inversions can cause distant objects to appear as if they are floating above ground.