What is RVR – Runway Visual Range? 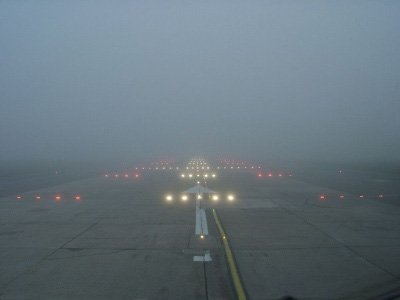 RVR, or Runway Visual Range is something that you will usually hear on an ATIS report or see on the Metar when visibility is on the poor side, it is also the main criteria for instrument approaches, but what exactly is it?

RVR represents the distance over which a pilot of an aircraft (which is on the centreline of the runway) can see the runway surface markings delineating the runway or its centre line. RVR is normally expressed in metres. It is a description of what you can expect to see horizontally down a runway. This is different from visibility, which can differ based on the position of the observer in terms of height and angle of view, and is affected by fog, cloud, haze and precipitation.

So how is RVR measured?
It can be measured using special sensors at various points along the runway, which are found mostly at large airports, however, it can also be determined by a human observer, and here the methods can change depending on the airport. Usually, the number of lights visible are converted to a distance which then provides the RVR.

When do we use RVR?
RVR is used for IFR approaches, in determining if we will be able to make the approach to land, or if we will need to land at the alternate, in the case that we cannot see the runway, at the moment when we are supposed to see the runway. Many airport approach plates will also have an indication of the minimum RVR required to land on each particular runway, if the reported is below this, then you know the approach most likely not possible. RVR is also used to determine the category of visual aids that are installed at an airport. For example, the minimum is 550m for a CAT I approach, and between 300m and 549m will require CAT II lighting.

Finally, if you are a VFR pilot, RVR can also help you! You may be flying in VMC conditions en-route, but perhaps there are patches of fog over the airfield you want to land at? Knowing and understanding the RVR will enable you to know whether you should attempt to land there, or fly to your alternate.