What is a Pitot Tube and What does it do? 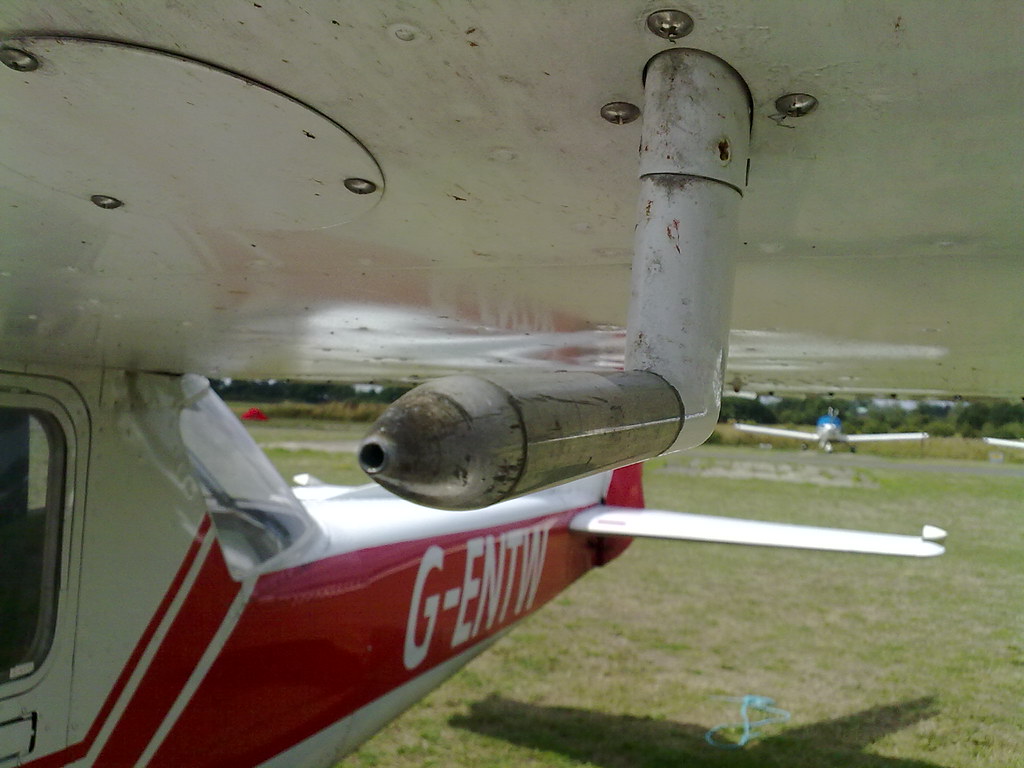 Named after it’s 18th century inventor, French engineer Henri Pitot, this marvelous invention is still in use today, and is critical to a number of instruments found in the cockpit. The Pitot tube is essentially a probe which measures fluid flow velocity. In terms of aircraft, the fluid in question would be the air, and more specifically the pressure which it exerts on the aircraft. The measurement of pressure is essential for our instruments to tell us how fast we are going and at what altitude we are at.

Where is the Pitot tube found?

A basic pitot tube is metal tube with a small hole facing the the air flow, and it usually has a 90 degree bend in it, which holds it at a clear position which is not influenced by the airflow over other parts of the aircraft such as wings and nose. The Pitot is usually positioned well clear of the boundary layer, under the wing on most smaller to medium sized aircraft, and alongside the nose on larger jets.

How does it work?

Most modern pitot tubes measure total pressure, which is a combination of static pressure (the pressure of still air) and dynamic pressure (the pressure that moving air exerts on the frontal area of an object). Altitude, horizontal and vertical airspeed are determined by comparing the difference between the air that is not in motion, and the impact of the air that the aircraft is moving through. There are various ways of measuring static pressure, but two are most common. A static port is basically a small hole which is situated on the fuselage of the aeroplane, and it’s opening faces perpendicular to the airflow, so that the pressure it receives is not influenced in any way by moving air. The other option is a pitot tube that has a static port built into it. The static port is usually identified as a hole on the side of the pitot tube, but not in the same direction as the airflow.

What if the pitot tube gets blocked?

If the pitot tube alone is blocked, this will only affect the airspeed indicator, as it depends on the differential pressures between the pitot and static sources. A clear sign of this will be that airspeed will increase in a climb, and decreasing in a descent. This is because a certain pressure remains trapped inside, and the current pressure is not captured.

When the static port is blocked, this affects all the pressure instruments. The airspeed indicator will now show a decrease in airspeed (it will under read) during a climb (the opposite of a pitot blockage), and it will over read in a descent. As for the altimeter and vertical speed indicator(VSI), they will show constant, unchanged readings even though the aircraft may be climbing or descending.

Most aircraft have an alternate static source which can be used in the can of the static port becoming blocked, but in the worst case, breaking the front glass of the VSI, which allows the instrument to read the ambient pressure inside the cockpit. This is not entirely accurate, but at least it offers some sort of reading.

Keeping the pitot tube covered when on the ground is important to ensure that the tube entrance does not become blocked with foreign debris, insects or anything else, as is checking that it is clean and clear with every pre-flight. Forgetting to remove the pitot cover is just as bad as it being blocked, so remember to do that too! Up in the air, the pitot tube can also become blocked, with the particular threat being icing, which means that when you are in icing conditions, always take care that pitot heat is on – this will ensure that it is heated sufficiently to prevent ice from accumulating, and blocking the holes.