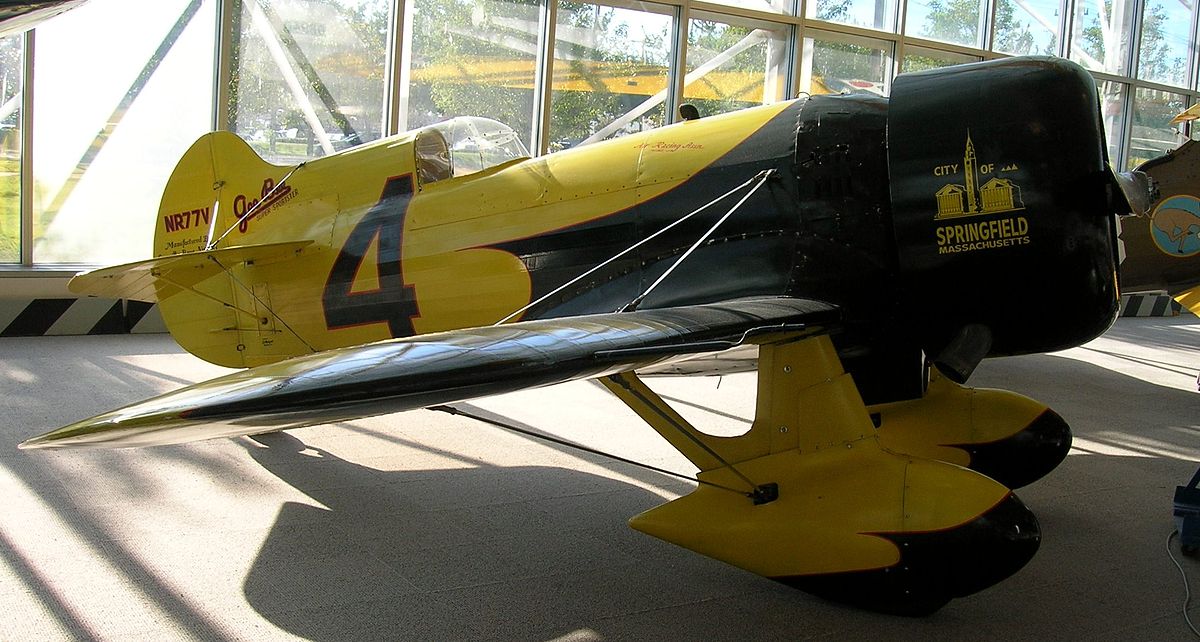 Although this is a reproduction this amazingly fast, but very dangerous aircraft fascinates me. This one is housed in the Seattle Museum of flight (definitely a bucket list item!). The original Model Z was built in 1931 to win the 1931Thompson Trophy Race at the National Air Races in Cleveland Ohio. With a big engine incorporated into the smallest possible airframe (a common feature in American designs!), the plane was fast but tricky to fly.

During the Shell Speed Dash , the Z set the world record for a land plane – an average of 267.342 miles per hour (approx. 430km/hr or 232kts). It was then refitted with a bigger engine, and it then began flying at speeds of 280 miles per hour by December. However, during one high speed run at 150ft, the Z’s right wing failed and the racer crashed in a massive fireball, killing the pilot Lowell Bayles.