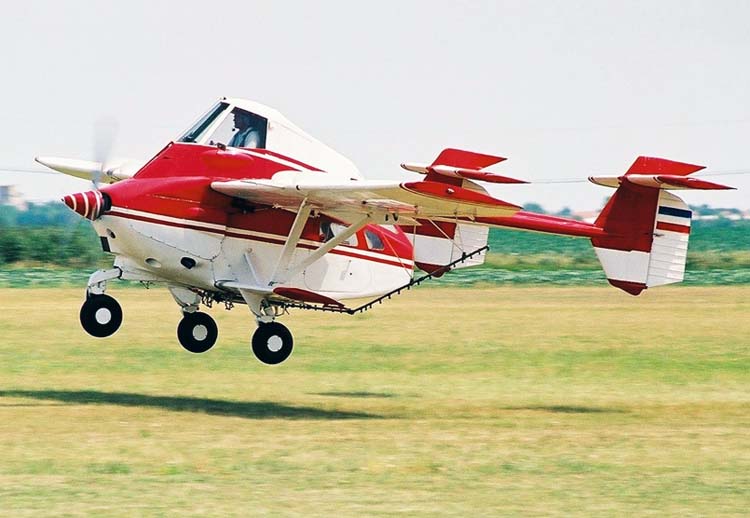 If it has been a while since you last saw an aircraft that made your eyes hurt, then this would be it. At first, when this one popped up on one of the Whatsapp groups, I thought it must be some sort of tin model, and then I checked… This awful atrocity of an aircraft is real, and it has a name: The Transavia PL12 Airtruk.

Whatever you and I may think, it is certainly interesting, and worth looking into, so here goes…

My first comment looking at it was ‘Sheeesshh… This aircraft could really do with some Italian styling’. The sad thing is, with a name like Luigi Pellarini, the designer, was clearly of Italian origin, so that myth is busted. However, the pressing question is, how could he design what is arguably the world’s ugliest aircraft? It is obvious, and admirable that Pellarini was an inventor with big ideas – a characteristic that is always going to challenge the norm, even if not commercially viable. Luigi Pellarini grew up in Italy, and was fascinated with the idea of flying cars. Although this is a reality in 2018, the idea in 1965 seemed crazy to say the least, so when Pellarini realised he would never get his ‘flying cars’ into production in Italy he relocated to Australia. He saw the potential in Australia with its wide open spaces and long distances (1). Realising that the harsh Australian conditions required designs that favoured function over form, he quickly developed an interest in agricultural requirements. Although it is claimed that he had many designs, the Transavia Corporation in Australia eventually agreed to produce the PL12 Airtruk, with 118 examples made.

Well, it turns out this little ‘ugling’ is actually quite versatile and can carry an enormous load – practical, if you aren’t too embarrassed to taxi past your mates.

The Transavia PL12 Airtruk is a single engine agricultural aircraft which was initially purposed for spreading fertiliser and seeding. In the absence of actually seeing, and experiencing, one of these in the ‘flesh’, sources on Wikipedia state: The Airtruk is a shoulder-wing strut braced sesquiplane of all-metal construction, with the cockpit mounted above a tractor-location opposed-cylinder air-cooled engine and short pod fuselage with rear door. The engine cowling, rear fuselage and top decking are of fibreglass. It has a tricycle undercarriage, the main units of which are carried on the lower sesquiplane* wings (*a biplane having one wing of less than half the area of the other). It has twin tail booms with two unconnected tails. Its first flight was on 22 April 1965, and was certified on 10 February 1966. It has a 1 metric ton capacity hopper and is able to ferry two passengers as a topdresser. Other versions can be used as cargo, ambulance or aerial survey aircraft, and carry one passenger in the top deck and four in the lower deck.

Somehow, one really has to admire its uniqueness, and strange ideas often lead to genius, so let’s celebrate those who dare to innovate! If you have ever seen the Transavia Airtruk, or even better flown in one, please comment below, we would love to hear from you.