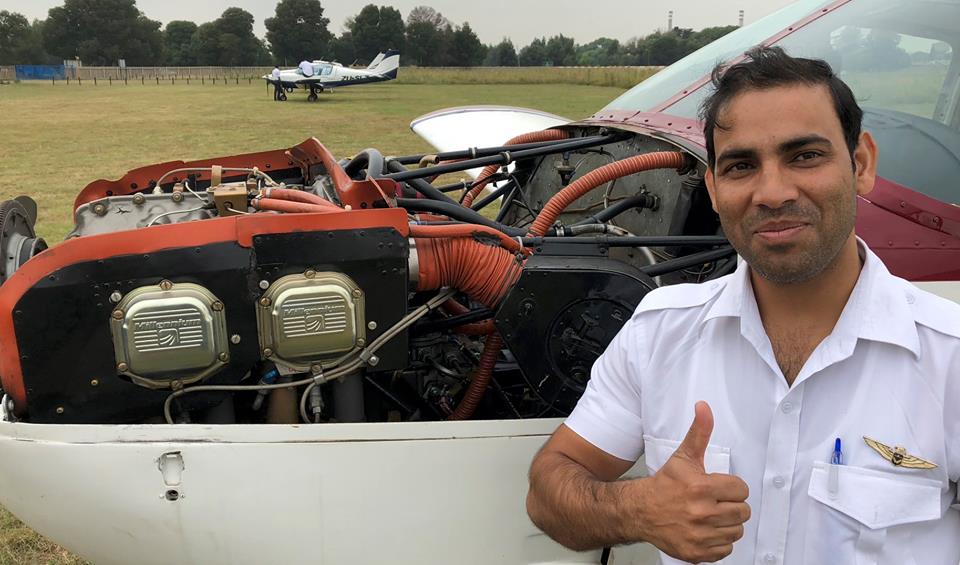 This past week, the unexpected happened. It did not happen to a super experienced airline pilot, nor a super skilled aerobatics pilot, but rather an ordinary, but incredibly present flight instructor with his student. Engine failures and forced landings are not just a necessary part of basic pilot training, but a life saving skill that should always be in your muscle memory bank, for that unexpected moment when it could happen to you. What you will read below is the account of events (unedited), as written by Dutch former Red Bull Air Race pilot Frank Versteegh, who went out for a flight earlier in the day in the very same aircraft…

Fly and Friends and piston engines. (Read till the end)
A few weeks ago I had a lovely lunch in the Big Easy in Stellenbosch with my friend Michiel and his wife. This afternoon Michiel and I went flying, a few patterns at Springs (FASI). Tuesday the plan was to fly up and down to Zebula. (Golf and safaripark). We took the Pa-28 RG and had a lovely trip. The plane was full fuel and I topped up the oil. We flew via Kittyhawk to Zebula at 7500′.

Its so nice to fly 45 mins and just step into a completely different world than the urban jungle of Johannesburg. We ordered a quick lunch and enjoyed the quiet atmosphere at Zebula.
I flew to Zebula so Mike flew back. Uneventful, bit bumpy but a lovely flight. After the de-briefing we drove back to JNB to meet a friend from Mike for a bite and a drink. Early back to the hotel as Mike was flying back JNB-AMS.

It was just dark when I received a phone call that a plane had an engine failure (and fire) and landed outside in a field.
One of the instructors flew 45 mins and returned to the field when suddenly (altitude 700′ over ground) the engine started to vibrate “like Hell” and stopped delivering power. The instructor took over from the student and performed a great job. He could NOT make the airfield anymore and had to make quick decision where to land the plane. The plan had a sink rate of a grand piano so there was no time to fool around. Land on the road, not an option too much traffic, straight ahead? Not an option, built up area. Turn direction to the cattle meadows and hope for the best. Pulling it over the cows, full flaps now and put it down. Only the left seat has brakes in the PA-28 so the student was in charge of braking. Which he did, the plane came to a stop in about 100 meters. So here the plane was, plenty of fuel and oil in the tanks and engine and still the engine quit. Let me be straight forward, the engine did not quit, it almost exploded. It blew up. Have a look at the pictures and you can see for yourself what happened inside the engine. (For your information, the engine was completely overhauled 80 flying-hrs ago).

It was “our” plane we just flew up and down to Zebula, over a lot of bush area.
The most interesting rescue action was organized. The plane was lifted by a crane, put on a truck and without any part of the plane dismantled it was driven to Springs airfield.
I quickly drove to the airport to congratulate the flight instructor. The did an awesome job.
Now it’s the phase of talking to the insurance and the guys who rebuilt the engine. The interesting part is that everybody is pointing a finger at somebody else.

To the instructor, Mobin, we at Essential Pilot salute you! You are a credit to the aviation profession.

Got your own story? Tell us about it and teach other pilots

We want to hear your stories!.
Send my story