The ‘SIM’ – Befriending the Sweatbox 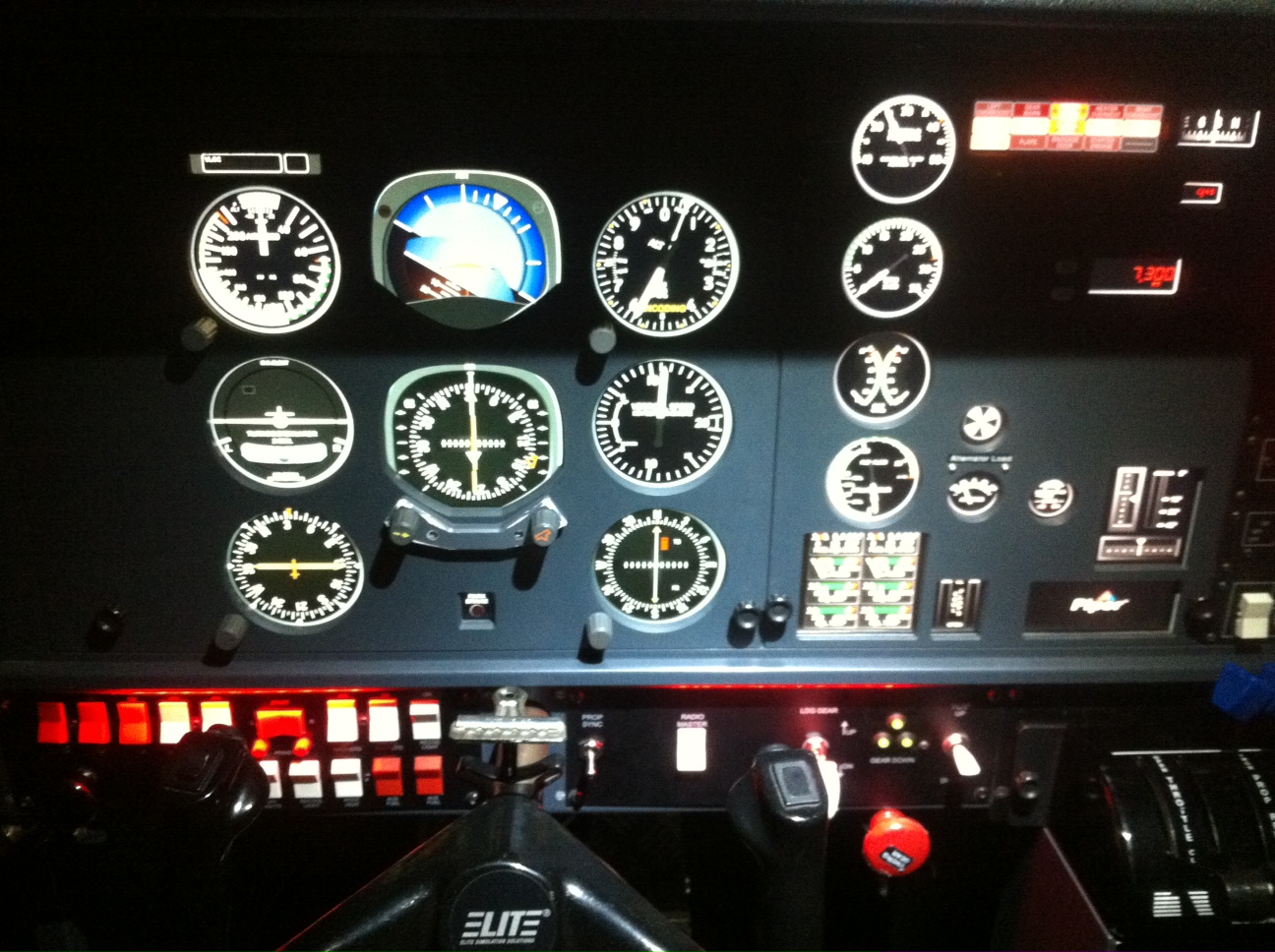 I believe that there are two kind of pilots – those that love simulator training, and those that don’t. My experience has never been with the state of the art kind of simulator, but rather more of the old flight school rattle box kind, with seats that smell of stale man sweat and controls that beg for a wipe over with anti-bacterial wipes. I belong to the class that will seemingly never be friends with the “SIM”. I don’t know how to explain the relationship, other than it feels nothing like the real aircraft to me, and the light, super sensitive touch that is required to coax it into behaving, is something that simply does not come naturally to me.

My early experiences in the SIM left me in a sweat (I am sure I am not alone, judging by the stinky seats), yanking, pushing and pulling for dear life, which usually ended up in a spiral dive or simulated (no pun intended) forced landing. Of course these actions are viewed as unfavorable flying technique, but for the life of me, the more my poor instructors tried to encourage me to use ‘small movements’ the more my digits and limbs disobeyed. However, once I got into the aircraft, the situation improved, which got me thinking are we learning to fly a simulator or an airplane here?

I think that part of the problem here is that most air school simulators in South Africa are pretty archaic, and given the very steep price tags, plus compliance certificates required to keep them legally operating, I can understand that there is no rush to keep up with the latest technology. We are, however, told that the benefits of these simulators are immeasurable, and this is true to some degree. The most obvious of these is cost. It costs the student, and the school, far less to practice basic manoeuvres and instrument training on the SIM than it does on the real aircraft. In numbers, that is anywhere between 5% and 20% of the cost of flying a real aeroplane. Then there is the safety factor – the SIM allows students to mess up, learn from their mistakes, and improve, without actually causing harm to themselves, the instructor or the very busy school aircraft. I personally think that being able to practice flows and procedures in the SIM creates muscle memory, so that when you do actually get in the aircraft your hands and feet have some instinctive idea of where to go and what to do.

So what is my gripe with the trusty simulator? Primarily, most air school simulators in South Africa feel nothing like the real aircraft, meaning that you cannot use your body senses to feel turns, climbs or descents. Then what if the real aircraft you are flying is a different make than what the simulator is set to? I give my own example here – I flew a Seneca in the SIM and then a Beechcraft when I did my initial multi-engine training, and anyone who knows the Beechcraft will know that the clever designers swopped the throttle and pitch levers around! This was not helpful as my hand had become accustomed to the order of power – pitch – mixture. It took a few knuckle raps on the part of my instructor to break the habit!

I definitely think that the simulator is here to stay, and that the benefits outweigh the flaws. However, my question is, is it not time that students be trained on the same standard of simulators being used in Europe and the USA? Would it not be better for initial CPL tests to be conducted doing real life approaches at airports rather than a simulated one in a box? In the meantime, I’ll try and make friends with the sweatbox…