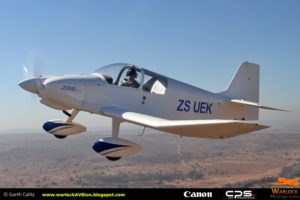 I spotted this interesting tail-dragger a couple of weeks back, being lovingly brought back to flying condition by a father and son team. The wing form immediately rang a bell in my head, as it was very similar to the Robin which I was taken for a flight in, during a visit to France.

The Jodel is also a  French design, and was built off plans here in SA (I really admire the commitment it takes to do this!), The plans date back to the late 1940’s, and it is constructed entirely from wood and fabric.The D11 is a two seater, based on the first example in the Jodel series, the D9.

The Jodel is very unique in its design, featuring a one piece cranked wing. The cranked wing allows for an easier and lighter build. The  main wing is built on a flat table, with a straight single piece box spar. This allows for simple and easy jigging. The bent outboard section provides the dihedral for stability and has the washout to prevent wingtip stalling.

This particular Jodel D11, ZS-UEK build, was initially started in the Durban area in the mid 1960’s. The partially built aircraft changed hands, and was eventually completed by Willem Mante. Stewart Clegg, who would eventually own it, was already busy trying to complete another partially built Jodel, which he had been working on for a number of years (cue my point that these sorts of projects require a lot of patience!). This partially built Jodel, like a faithful family pet, followed him, as he moved around the country, from job to job. When UEK appeared on the market in the mid 90’s, Stewart could not resist, and bought her.

I asked Greg, Stewart’s son, to tell me more about the build:

‘UEK is powered by a 115 HP O-235 Lycoming, which by Jodel standards is quite powerful. The Original D11’s were powered by 60 to 90 Hp motors. Being a French design from the 50’s, the Jodel is on the small side inside the cockpit.’

‘UEK is very basic. She features a basic instrument panel (ASI, ALT, VSI and the nessicary engine monitoring instruments). She is a taildragger with a full castoring non steerable tailwheel. The tailwheel can lock, and this is used for take off and landing. She has a fixed pitch prop and has no flaps.Take off happens around 60 mph and she will climb out at 1000 fpm with two on board. She will use around 300 meters of runway. UEK is Rather “clean” and will cruise at 115 KIAS sipping about 18 LPH. Full throttle she will reach 135 KIAS.
Without flaps and being so clean, landing and approaching needs some planning. She approaches at 60 mph and 55 mph over the fence. Approaching slightly too fast she tends to float quite a bit.’

‘Stalling is a non event. She lets go at about 40 mph and will stay fully stalled, with the ailerons still being effective. She did in the past have a tendency to drop a wing. This has been corrected with stall strips on the root of the wing, forcing the inboard section to stall first while the tips stay flying.’

‘UEK has an endurance of 6 hours, she will carry two people and all their baggage for the week and she will still get airborne in 400m on a warm day up here at altitude.’

I cannot help but admire the in-depth knowledge that you can gain from building an aircraft, I am sure it can only make you a better pilot! Thanks for the insight Greg 🙂 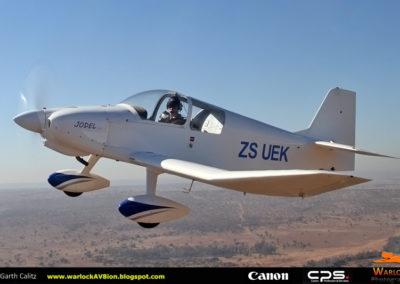 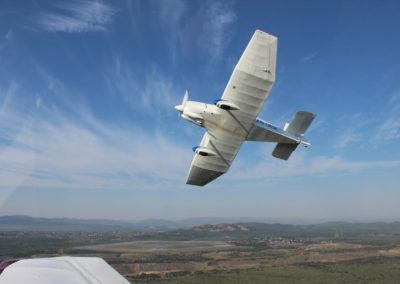 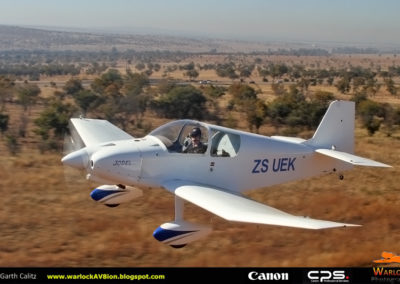 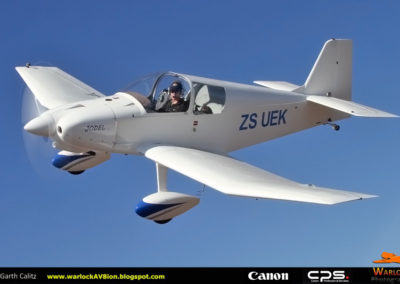 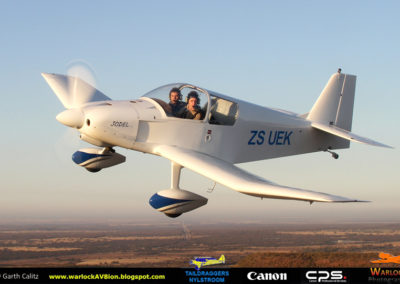 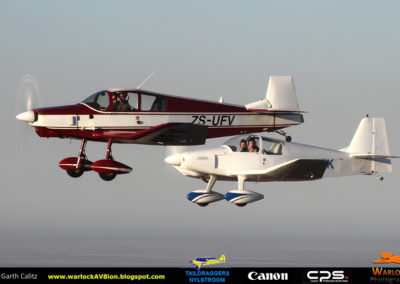