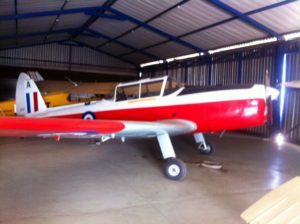 It has an odd name, which makes it sound a bit ‘cutesy’, but it is anything but! I thought they were quite scarce in South Africa, so I was rather excited to see this one, in especially good condition. Much to my surprise, I was informed, that there are, in fact, a number of Chipmunks nested at various aerodromes in South Africa. This is good news for the average hangar spy, who, with a bit of detective work can probably track one down quite easily.

The first intriguing thing about this aircraft is the name – why on earth the ‘Chipmunk’ I had to ask? The name implies something quirky and cartoon like, which I can hardly see as a strong selling point. Being a post World War Two aircraft, I thought that perhaps the name was inspired by the mood, a need for cheerfulness after the years of doom and gloom, but I was wrong.

Following World War Two, with aircraft no longer being used for fighting, the focus changed to pilot training. The De Havilland Aircraft Corporation, who had previously produced the widely used war-time trainer, the Tiger Moth, realised there was a need to develop a more contemporary trainer. A team at De Havilland in Canada, led by Wsiewolod Jakimiuk, a Polish pre-war engineer, designed the new aircraft. While the Moth had been a great success, it needed to be modernised. and a number of improvements were made. Most notably, it was now an all-metal aircraft, with a single low wing, and as a relief to all those poor pilots who endured freezing climatic conditions – a closed canopy! Eventually, as some were produced in Britain under licence for the RAF, there were some differences with the Canadian version as per RAF requirements. The Canadian version had the ‘revolutionary’ bubble canopy, while the British model had a multi-panel sliding canopy, so this one was definitely a British build. Other advances included a 145 hp in-line de Havilland Gipsy Major “8” engine, anti-spin strakes, and a variable pitch propeller which improved performance and efficiency.

So getting back to the name, I can’t quite reach a definite conclusion, but one theory is that the name of the design team leader ‘Jakimiuk’ sounded like ‘Chipmunk’. The other theory is that it was following a succession of other traditional Canadian animal aircraft names such as the Beaver and the Otter. In any case, it was suitably more peaceful sounding!

This particular Chippie is only one of two surviving that patrolled the British side of Berlin during the great stand-off with the communist Russians. It was used mostly for communications and teasing from the opposite side. 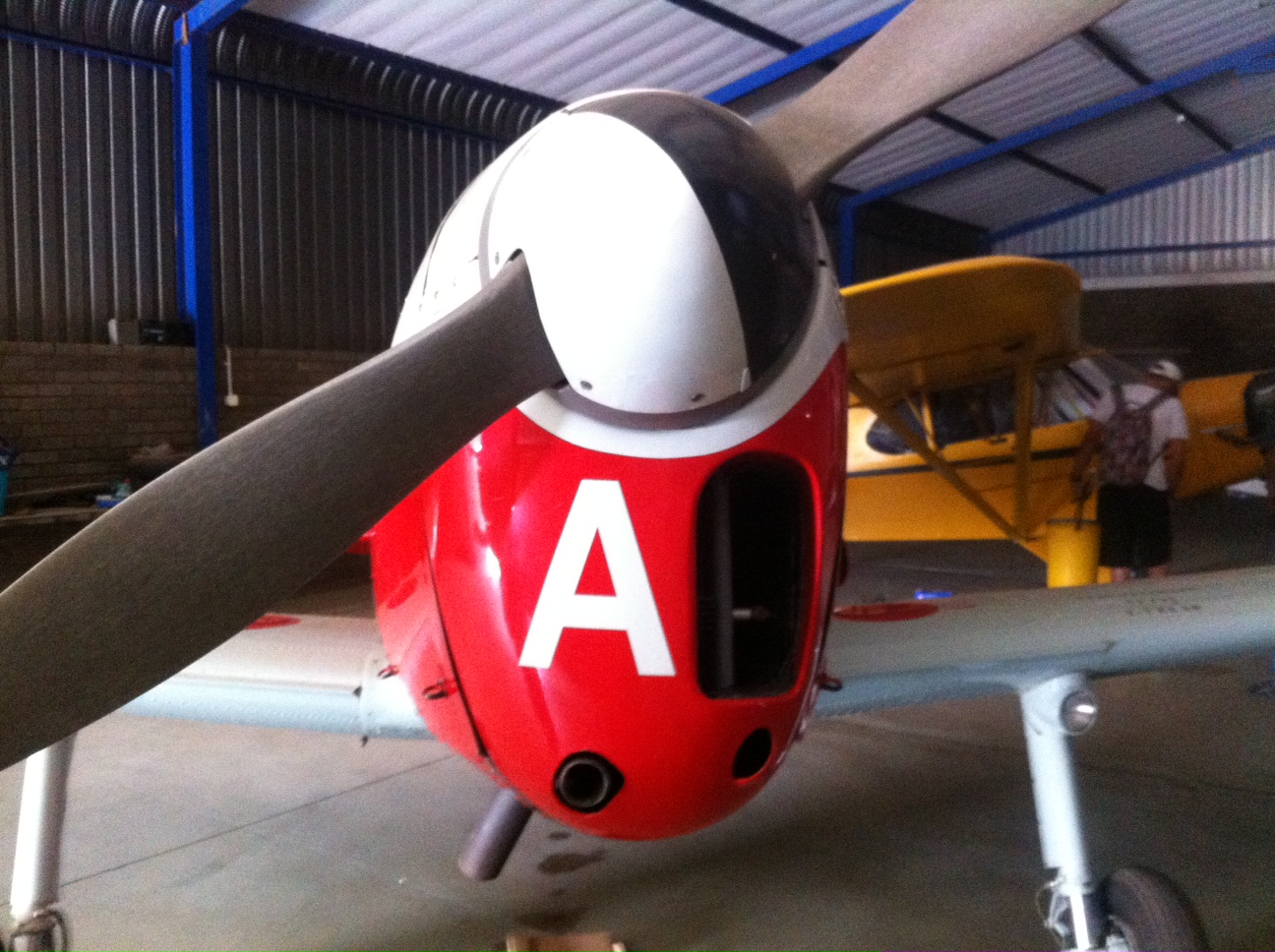 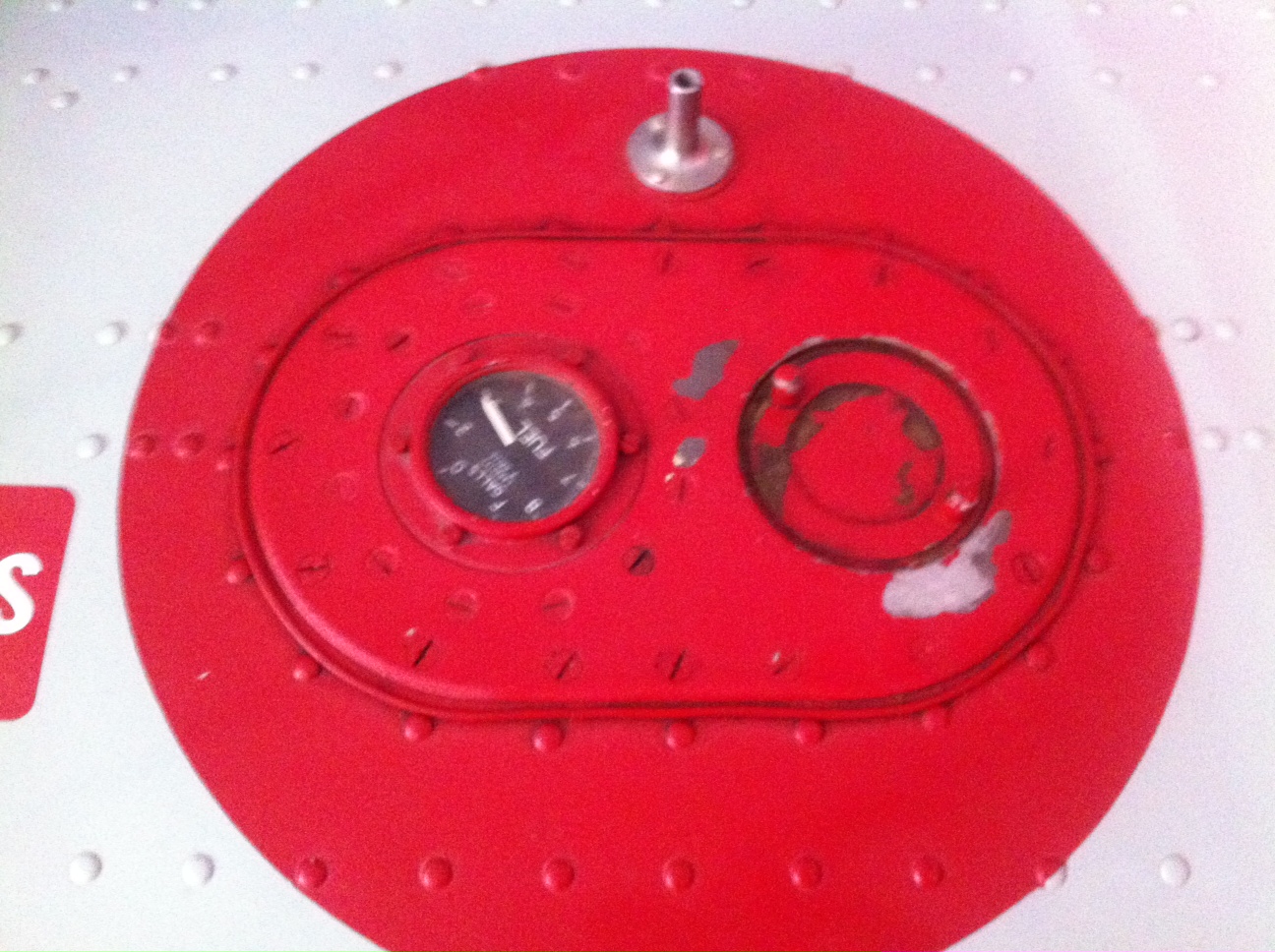 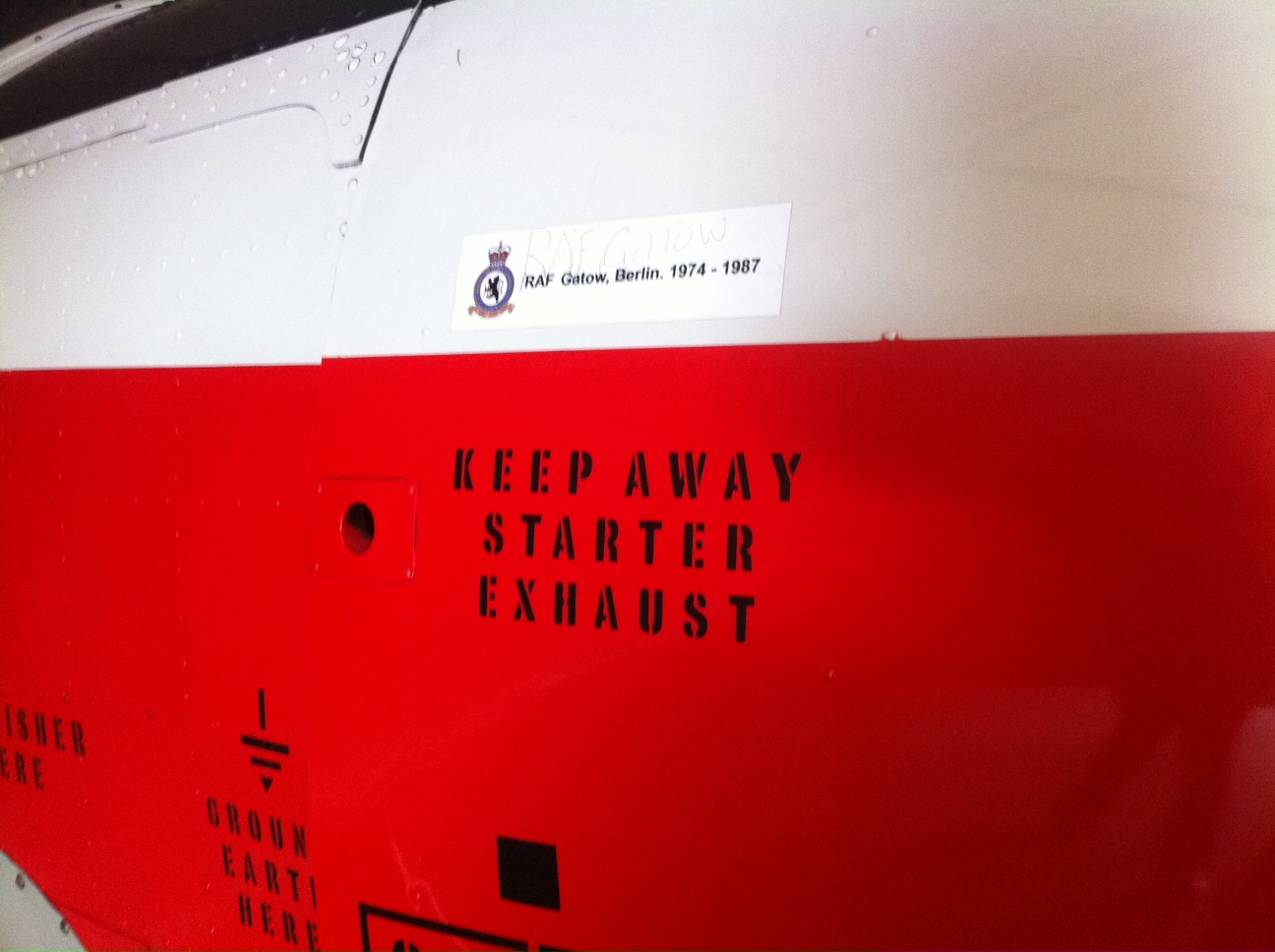