Radio failure during an IFR flight 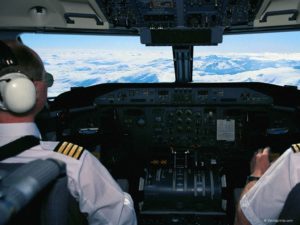 Following on from part one, of what to do if your radio appears to have failed in flight, here we tackle what to do in the case of a radio failure during an IFR flight. Unlucky for me, this one actually happened to me this past week – as they say there is always a first time for everything!

Radio failure can be a bit more serious in the case of IFR flying, especially where radio aids are used for navigation. Well, the first thing to do if you think your radio might not be working as it should, is to follow the same procedures as in part one:

– Try and make contact with another station or aircraft on the same frequency to establish if you can be heard.

– If there is no response, try another frequency that is appropriate to your route or current location.

– Should you hear nothing, it is quite possible that your radio equipment is not receiving, but this does not necessarily mean that no-one can hear you, so continue to broadcast on the correct frequency but use the phrase ‘transmitting blind’, twice when broadcasting, that way, if someone can hear you, they will know that it is unlikely that you will respond.

– If it becomes obvious that even one-way communications are not possible, then, and only then, set your transponder to code 7600 and proceed with the lost communications procedures, for IFR:

1. Continue to fly in VMC; land at the nearest suitable aerodrome in accordance with the standard RCF arrival procedures, but be sure to check if there are specific procedures for the aerodrome you wish to land at, and if there are, follow these procedures.
2. Report your arrival as soon as possible to the appropriate ATSU; or
3. If you are unable to ensure VMC conditions exist to a suitable aerodrome, complete an IFR flight as follows:

1. If you are in airspace where an ATS surveillance system is NOT used (in other words you are not being watched on radar), then maintain your last assigned speed and level, or minimum flight altitude if higher, for a period of 20 minutes, once you have failed to report your aircraft’s position over a compulsory reporting point. After these 20 minutes, adjust your level and speed in accordance with the filed flight plan.

2. If you are in airspace where an ATS surveillance system is used, maintain your last assigned speed and level, or minimum flight altitude if higher, for a period of 7 minutes following –
– The time the last assigned level or minimum flight altitude was reached
– The time the transponder was set to Code 7600; or
– Your failure to report the aircraft’s position over a compulsory reporting point, whichever is later, and thereafter adjust your level and speed in accordance with the filed flight plan

3. If you are radar vectored (under radar control) or you have been directed by ATC to proceed using area navigation (RNAV) without a specified limit, re-join your current flight plan route no later than the next significant point, taking into consideration the applicable minimum flight altitude.

4. Proceed according to the current flight plan route to the appropriate designated navigation aid or fix serving your destination aerodrome and, when required to ensure compliance (4), hold over this aid or fix until commencement of descent.

6. Complete a normal instrument approach procedure as specified for the designated navigation aid or fix; and

7. Land, if possible, within 30 minutes after the estimated time of arrival specified or the last acknowledged expected approach time, whichever is later.

The most important thing with an IFR in IMC radio failure is to be sure if you are under ATC surveillance or not, and adhere to the times given in the procedure, that way ATC can expect your arrival accordingly and secure the airspace. Keeping calm, and carrying on, is far easier if you have these procedures safely stored in your memory bank – you just never know when you will need to use them!