How to Choose the Best Long Range Radio Frequencies 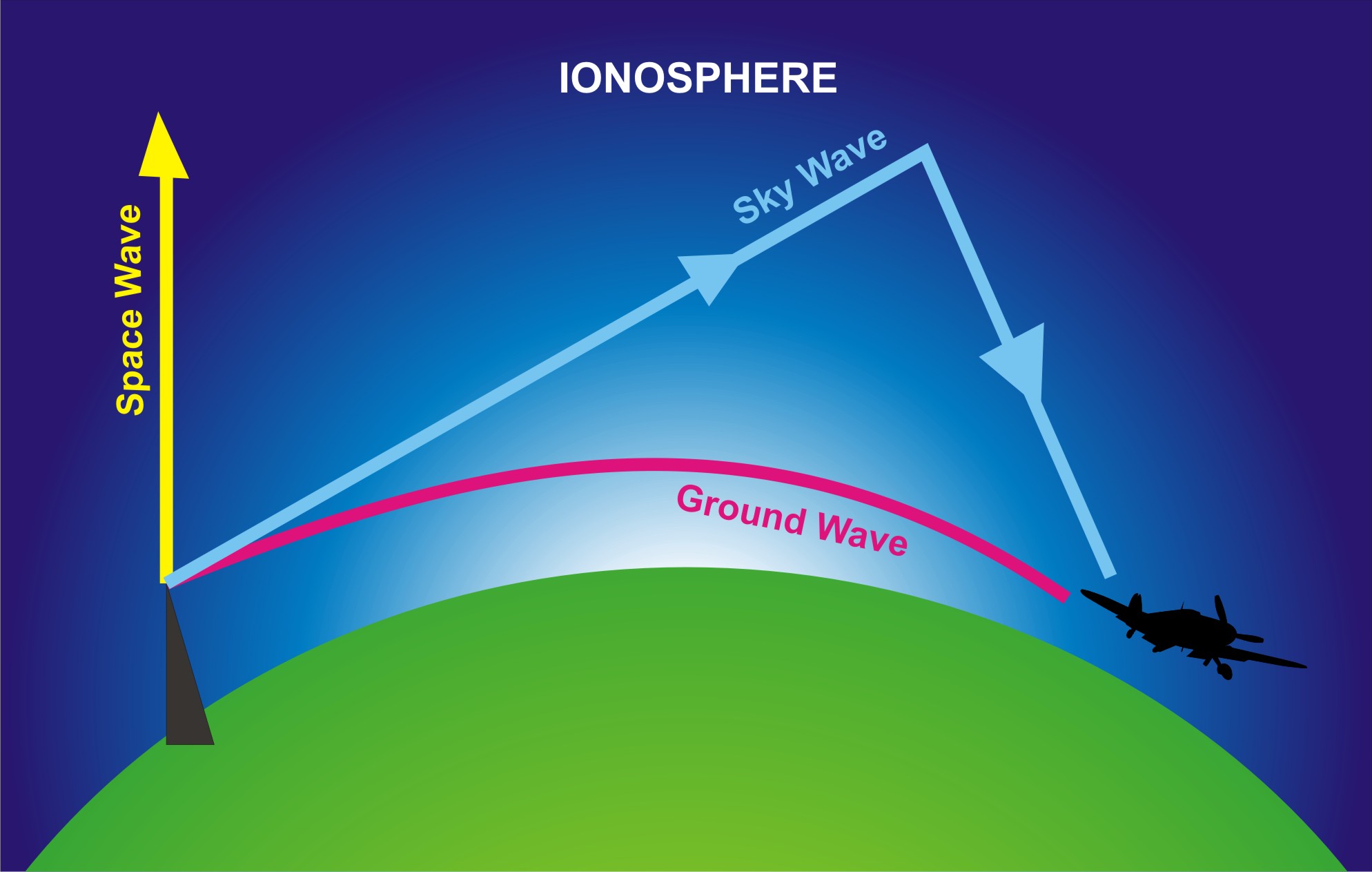 Why is it that sometimes you can hear every word spoken on the radio, and other times, without touching a thing, it sounds as if everyone else is caught in atmospheric conditions comparable to hurricane Hilda, and you cannot make the slightest bit of sense of the garbled audio? You may have tried squelching, squishing, and turning every possible knob but to no avail. Frustrating, and potentially dangerous, especially in unmanned airspaces where you need to be able to hear the movements of other traffic, as well as in controlled airspaces where clear, two-way communication is mandatory. The good news, if you take a little time to understand high frequency (HF) communications, you may be able to solve your own problems by simply selecting the right frequency for your flying conditions.

As most civilian communications take place in the HF band, we will look at how HF is transmitted, and why quality can vary. HF is transmitted by means of sky wave, which basically defines radio waves which are transmitted into the ionosphere and reflected back to earth. The radio wave can be reflected back into the ionosphere from the earth’s surface, which means that this process can occur several times, resulting in considerable travel of the radio wave. The radio wave is, therefore, not limited by line of sight (space wave), or by limiting obstacles on ground (ground wave), which explains why this band is used for aircraft communications. So why then, if sky waves are so great for aviation, do we still sometimes not hear a station, or cannot communicate ourselves?

The ionosphere, constructed by the engineers of Mother nature, has various personalities, governed by the sun, and it is these changes that can cause havoc with our comms. To understand this, we need to comprehend how the ionosphere reflects radio waves, and how not all layers in the ionosphere are created equal. Ionosation is the process in which electrons are stripped from atoms and electrically charged particles are formed. This is caused by solar radiation, and obviously during the day there is more sun, as well as in the Summer months, therefore, at these times, ionisation is much higher, affecting our radio waves to a greater extent. How our radio frequency is refracted depends on the angle that it was launched and the density of the electrons at this level in the atmosphere.

D Layer – This layer occurs only during the day at altitudes of 60 to 90 km. High absorption takes place at frequencies up to 7 MHz.[1] Frequencies up to 500 kHz can be reflected.

E Layer – In the summer, dense ionization clouds can form for short periods. These clouds called sporadic E can refract radio signals in the VHF spectrum.[2] Although VHF signals can be reflected up to 1500 NM, these are not considered reliable as they are constantly in motion. This layer occurs at altitudes between 100 km and 200 km, and can reflect frequencies up to 2 MHz.

F Layer – Primarily a nighttime layer, during the day it splits into F1 and F2. The F1 layer forms at altitudes of about 200 km and F2 at about 400 km. The F2 layer propagates most HF short-wave transmissions.[3] This layer can reflect up to 30 MHz.

As can be seen, the height and electronic density of layers are variable, and change during day and nighttime conditions. During the day, there is high density, so the radio waves are restricted from traveling further into the ionosphere, and are reflected at a much lower height. So if you are flying at Midday on a hot summers day, you may want to try a higher frequency (above 10Mhz) capable of penetrating to a higher layer.

At night, you will notice that radio communications improve tremendously. With the sun gone to bed, particles in the ionosphere come together again, and the layers merge together to form the F-layer. What this means for you, is that the density is now reduced, the radio wave has fewer layers to penetrate (generally just one), and is reflected at a greater height. As a result, you don’t need such a high frequency, and choosing the most applicable one below 10MHz will generally yield the best results.