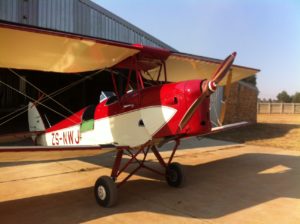 Almost every aviation nut is able to recognise a Tiger Moth. Two words come to mind when looking at a Moth – classic and heritage. Meeting this particular example, was certainly a memorable privilege, not only because I got to sit in it, but because of the owners. The father and son team, represented, to me, everything that is aviation – true gentlemen, with an inherent love of flying, and an addictive passion for the machine. These guys are the type of aviators that inspire young kids to fly, with their approachability and welcoming attitude – exactly what I envisaged Tiger Moth pilots to be like. This aircraft is not for those wanting to show off, it is about sharing the privilege.

The first thing that makes a Moth recognisable is the bi-wing, which is a rare sight on modern aircraft, and of course the open cockpit. It was first designed and built in the 1930’s by the de Havilland Aircraft Company, as a military trainer, and used primarily by the RAF as well as other military operators. Clearly, with the open cockpit engaging in fighter activities would have been lethal for the pilots, but it was, in desperate times used to drop the occasional bomb. From the outset, the Tiger Moth proved to be an ideal trainer, simple and cheap to own and maintain, although control movements required a positive and sure hand as there was a slowness to control inputs. Some instructors preferred these flight characteristics because of the effect of “weeding” out the inept student pilot (http://www.warbirdalley.com.tiger.htm).

This particular Tiger Moth was originally built in 1941, and found it’s way to Bloemfontein in South Africa as a military trainer. Now privately owned, and meticulously loved, it is one of the best restored Moths I have ever seen. The paint job is very much 1930’s inspired in terms of colours, which suits this aircraft just beautifully. The inside of the cockpit is painted, appropriately, in British racing green. The beauty of this aircraft is its simple construction, yet I am a firmly convinced it is not simple to fly! The instrument panel is basic, but as the owner demonstrated, the compass and directional indicator (DI) require some thought if you don’t intend getting lost! One clever invention is the dual airspeed indicator – one on the inside and an external, manual indicator on the wing – handy, should the cockpit instrument fail! Personally, I loved the old-school wooden panel, and basic throttle and trim levers – just beautiful. Interestingly, on this more advanced model, the engine is inverted to allow for a better forward view, and the access to the front seat has been made easier (the main purpose of this modification was so that the front pilot could escape with a parachute attached).

So what is the Tiger Moth like to fly? Personally, I would probably be more inclined in the Summer months, given the exposure to the elements, but the following is what the pilots told me:
They are pretty docile and well behaved in the air, and will cruise at 60 knots, so you really shouldn’t be in a hurry to go anywhere! The stall speed is rather close to the cruise speed, at 40 knots, so the danger of a stall incident is real. The range is around 250NM, so not nearly enough to do a Joburg to Durban without a fuel stop. The primary challenges of flying the Moth come about closer to the ground. Take-offs can be a challenge, not only because it is a tail dragger, but because it does not like strong cross winds which could clearly cause it to flip over, so if there is no war then definitely a fair weather flyer!

In the air, it is fully aerobatic (amazing, considering power and speed is not available in massive amounts), yet, as a result of differential operation, the ailerons are pretty sloppy in the roll, and you will learn everything you need to about adverse yaw. Coming in to land, you are presented with another pesky challenge – there are no brakes! Speed control by feel is definitely an art here, especially on a tarmac runway! One has to remember that these aircraft were actually intended to land on grass, and initially had a sort of ‘blade’ instead of a tail wheel, which would carve into the ground and therefore slow the aircraft down. I cannot help but think of the poor modern pilot who gets the instruction by a controller to ‘hold’ at a particular point on the ground!

Overall, the Tiger Moth fills me with nostalgia, of a time of brave aviators who traversed continents with no GPS in sight… Perhaps we could learn a thing or two from these pilots. Thank you M and M for ‘sharing’ your beautiful Moth. 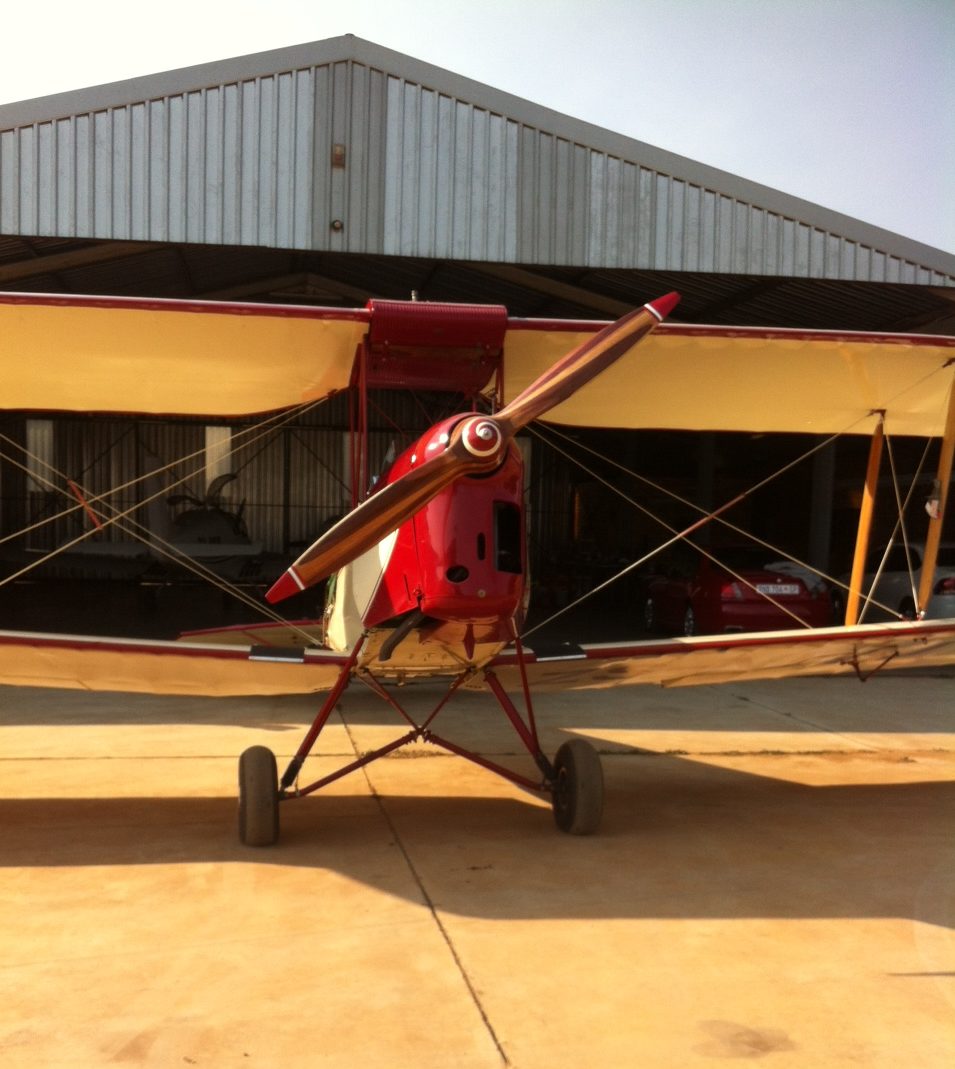 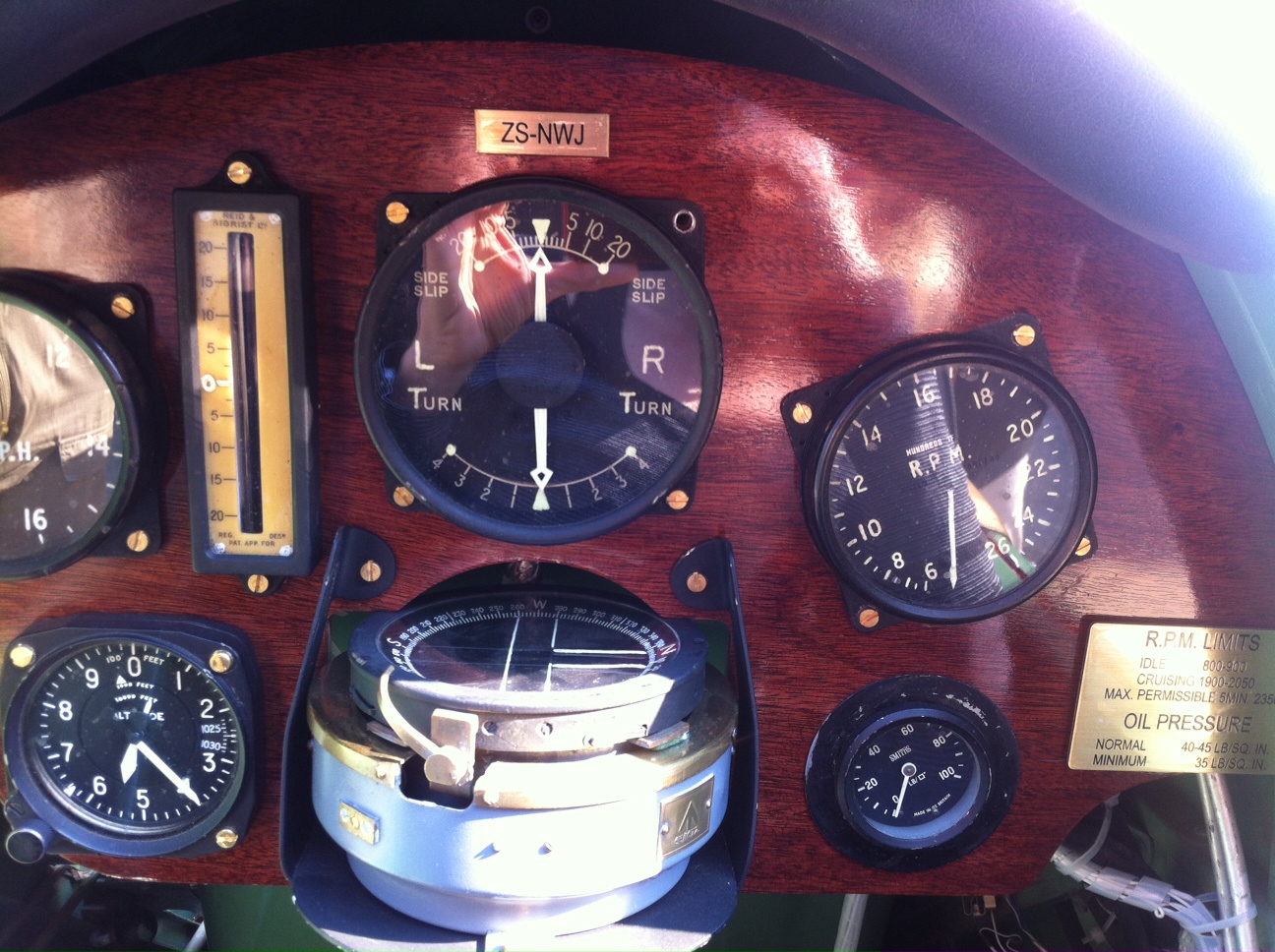