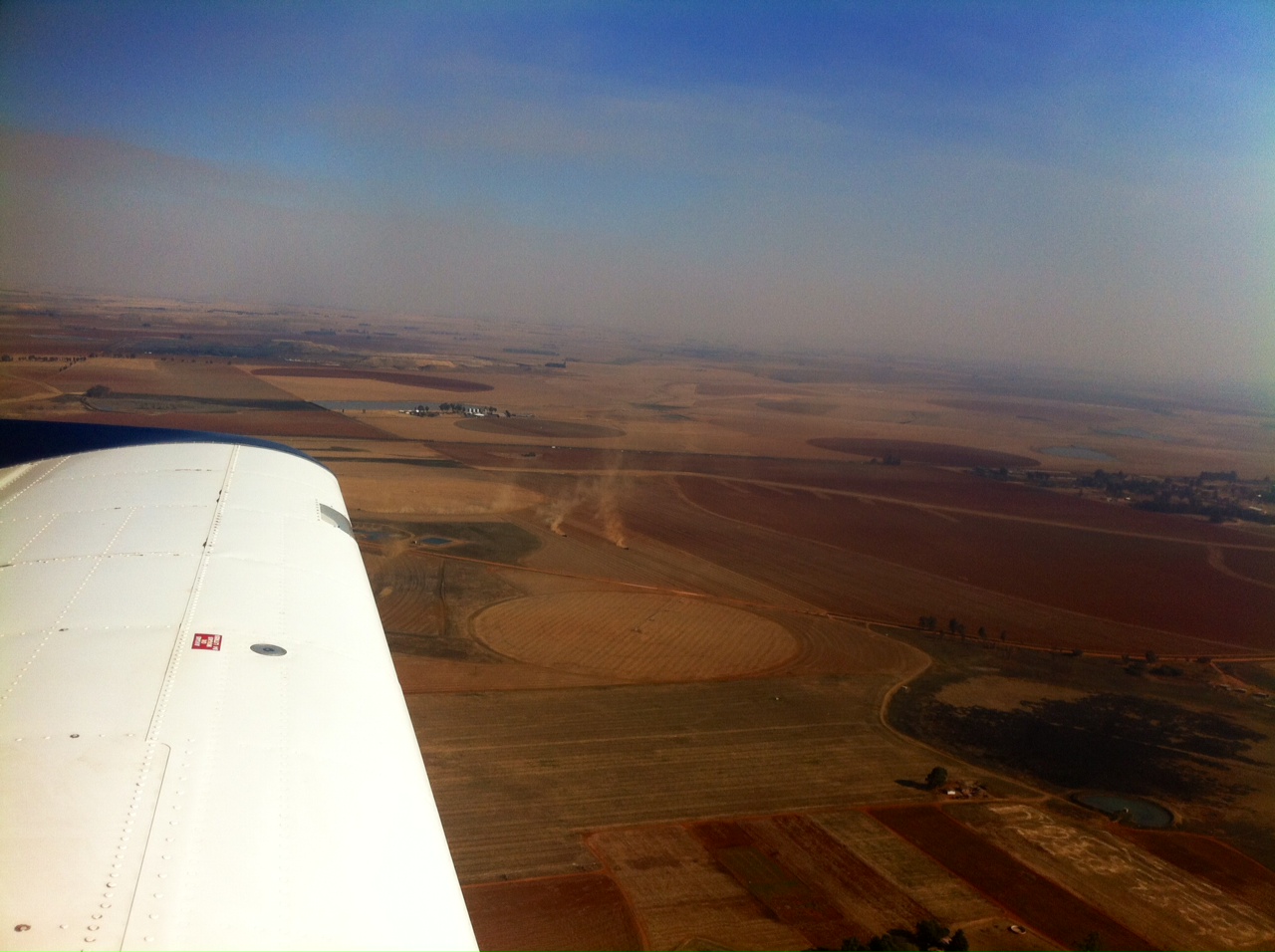 Before embarking on any flight, be it a private saunter, or a commercial flight, an essential part of the pre-flight preparations involve studying the various weather charts and forecasts, but sometimes understanding exactly what they mean, can prove to be a bit of a challenge. So here are some of our favourites below, which you may remember, or not…

1. CAVOK – Ceiling and Visibility OK
Visibility is 10km or more, there is no precipitation, no shallow fog, no cloud below 5000ft or the MSA, and no cumulonimbus clouds around.

2. Visibility
If you are standing on the ground, this is the horizontal distance that you can see dark objects clearly without the use of magnifying instruments. At night, it would be the distance that lights of known candlepower can be identified.

3. RVR – Runway Visual Range
RVR represents the distance over which a pilot of an aircraft (which is on the centreline of the runway) can see the runway surface markings delineating the runway or its centre line. RVR is normally expressed in metres. It is a description of what you can expect to see horizontally down a runway. This is different from visibility, which can differ based on the position of the observer in terms of height and angle of view, and is affected by fog, cloud, haze and precipitation. For more on RVR read this.

4. Cloud Base
The height of the lowest visible part of cloud over an airfield. Cloud base is only used where the cloud above the airfield is defined as few (FEW 1-2 Octas) or scattered (SCT 3-4 Octas). For example in a METAR, you might see SCT030 – this means that the amount of cloud over the station is scattered at 3000ft. Read more.

5. Ceiling
According to the ICAO legal definition, ceiling is the height above the ground or water of the base of the lowest layer of cloud below 20 000ft covering more than half the sky. Simply put, ceiling is referred to when the clouds start to hold hands and form layers i.e. the amount of cloud is defined as either broken (BKN 5-7 Octas) or overcast (OVC 8 Octas). Read more.

6. Pressure Altitude
This is the indicated altitude on your altimeter when you enter the local QNH or the standard 1013 on the subscale. It is the altitude of aerodrome or place where you are at, adjusted for local pressure which is continuously changing along with the high and low pressure systems which pass over an area. As the column of air over a low lying area is much greater than that of a higher lying area, it will exert greater pressure, which means that (according to the lift formula which we all struggle to remember!), your aircraft will produce more lift in an area of high pressure, for example at a coastal town. One may get excited at the prospect of your C152 performing like a jet down at the coast, which, although a bit exaggerated, is somewhat true.

7. Density Altitude
Density altitude is pressure altitude corrected for non-standard temperature according to ISA (International Standard Atmosphere), which means that any temperature which is not 15 degrees celcius, will produce an altitude reading which does not correspond to the ISA equivalent. For more on how to calculate density altitude, read here.

8. Wind Shear
Is a sudden change in the wind speed or direction, or even both, for a short time. These changes can occur horizontally, for example across a runway, or vertically with height. The main thing that you really want to know, is that it can be an unexpected threat to your flying, especially if you are below 1500ft AGL, and in the take-off or approach phase, but it can occur at any altitude.

9. Updraft / Downdraft
To explain the experience of a downdraft – you are flying along happily at 7500ft, when suddenly you start feeling a couple of bumps of turbulence, and then suddenly, you notice your altimeter spiralling with decreasing numbers. This becomes confusing, especially if your aircraft appears to be straight and level, you have increased power, but your vertical speed indicator shows that you are still descending at 1000ft per minute. Raising the nose and applying full power may do little to alleviate the situation.

You can anticipate the effects of downdrafts if you understand what causes them, and where you are most likely to find them. Downdrafts are most commonly found in the vicinity of mountainous terrain, as well as thunderstorm activity.

Mountainous terrain, does not only mean peaks equating to the size of the Alps, but any ridge which rises above the surrounding terrain. The key component is wind. It blows from a given direction, and when it encounters a rise in terrain (such as a ridge or a mountain), it is forced upwards (causing an updraft). The air is compressed over the top and then moves downwards rapidly on the other side (Leeward side) causing a downdraft and turbulence. This effect can become more pronounced if there are several ridges in succession, or continuously rough terrain.

10. Dew Point
This is the temperature to which the air must be cooled before condensation takes place. Humidity can be determined by comparing the actual temperature outside and the dew point temperature, the closer they are, the more likely you will get precipitation such as mist or fog, which can affect visibility significantly. The more humid the air is, the less tightly packed the air molecules are, which makes the air less dense, and reducing the lift of the aircraft.

Understanding weather reports and forecasts are not only critical in planning your flight, but will enable you to make quick, anticipatory decisions in flight. If you don’t understand the significance of an element of a weather report, make an effort to check what it means, and think how it will affect the way your aircraft performs.