Are new pilots being ‘forced’ into instruction? 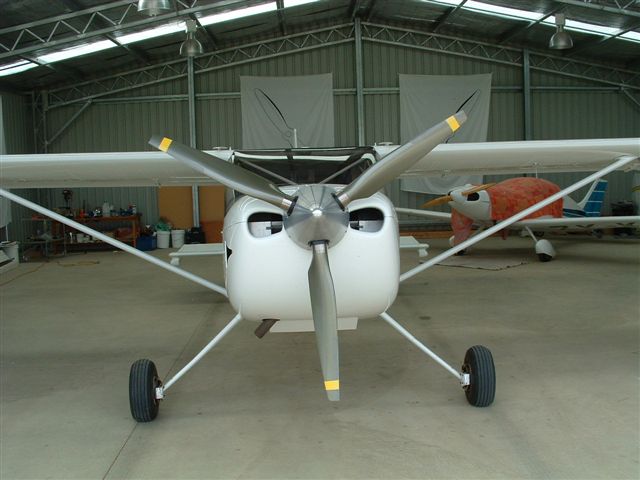 Many of you out there, especially those of you who want to become pilots, are probably thinking that the biggest hurdle in this aviation business, is coming up with the necessary finances. This is definitely the initial challenge, but certainly not the last, as one follows the bumpy path into pilothood. Getting to the point where you are not paying money towards flying aeroplanes, and someone else is in fact giving you money to fly their splendidly expensive machines, is probably THE biggest challenge of them all.

A bit of background…

I am a new, although not young, multi IF rated CPL pilot… Achieved nearly two years ago. As this is a second career for me (read possible mid-life crisis), I am certainly not naïve, but I do believe that determination, resilience, and old fashioned work ethic are something worth having in bucket loads. I have come to realise that getting your CPL licence is perhaps the most crushing moment of them all. I spent years using every skill that I have, doing almost anything to finance my own flight training. It was exhausting, and took me a lengthy four years just to be able to hold my blue book, while others with the necessary resources, seemed to progress at lightning speed. It was a relief when it was finally done, but also one of the most crushing moments when it became obvious that even the most basic of aviation, or charter operations were requiring a minimum of 400 – 500hrs, and don’t even think of offending them by applying with anything less than this, even if you have other, or complimentary experience.

So what are the options as a new pilot?

The first thing I did was ask other pilots what they did to close the gap between the 200 hours and the 500 hour mark. A lot of the answers involved a stroke of luck, which is something like being in the right place at the right time, yet I could not help but think this was like trying to win the lotto, and I am not the sort to sit around and wait for things to happen. Of course, I did some research on the internet as to what the options were for 200 hour pilots (don’t bother with ‘low hour’, as this could mean 1000 hours), and here are some of the things that I found:

Paying for your hours – If you have the money, this is certainly the most enjoyable way of doing things, but be sure to fly as many different aircraft as you can, and also to as many different airports as you can, as this will add to the experience bank. Just to check in, to get from 200 to 500 hrs at a rate of R1 600 per hour will cost you around R480 000. Impossible for most.

Survey flying – This sounds like a tremendous way of building hours, improving skill and having a lot of fun doing it. Companies offering survey services are pretty scarce though, and openings for pilots tend to be pretty thin too, so you would need to get lucky with the timing. While the hour requirements are usually acceptable for new pilots, they may prefer a specific aircraft rating, and a candidate that lives close by.

Sky diver drops – Personally, I would love to do this, as there is great people interaction, and a very specific skill set that you can develop, while gaining some valuable hours. From my own research, there are a few things that may prevent you from getting a gig like this – once again, operations are few, so opportunities are few. Firstly the aircraft type – a tail wheel rating is preferable, and most sky diving operations use aircraft specifically up to the task, such Pilatus, or Atlas Angels. Do some research on these aircraft, and you will quickly realise that ratings are hard to get, and expensive. The Atlas Angel for example, is actually also NOT an aeroplane for inexperienced hands.

Banner towing – Another fun gig, but also dangerous if thorough training is not provided. Once again, operators are few, and potential candidates many. Preferences usually also include a tail wheel rating.

Instruction – This seems to be the most popular option, given that it is more accessible, and the demand is greater. With my sincere apologies to air school owners, but this is an option with both considerable pros and cons. Firstly, you will need to write another three theoretical exams, and complete at least another 40 hours of training, to be allowed to work as an instructor – this will cost another R60 000 to R70 000. Great if you can afford it, but if you are broke after your self-funded CPL, this is a disheartening prospect. On the plus side, you will likely get a job with the flight school where you did your training, as they prefer internal candidates, which are familiar with their training system. Getting hours is guaranteed, although slow, as most PPL training flights are relatively short.

So here is my gripe with instruction. It suits the flight schools perfectly – candidates now spend more money with them, in exchange for the magical opportunity of gaining hours and ‘experience’. Not only do the schools gain more income from instructor ratings, but they also get a steady supply of cheap, internally trained labour. Most instructor gigs will pay between R150 and R250 per hour in South Africa, rather like apprenticeships with zero initial training, or experience. Essentially, instruction in South Africa is for the large part, a stepping stone, rather than a professional career in aviation. I encourage you to visit any European flight school and you will quickly realise that instruction is an actual professional career, and paid accordingly.

The important factor that is frequently ignored, is that instruction is not simply knowing how to fly, and getting someone else to do what you can do. Like any teaching, a certain level of pedagogy is required, this is something which does not always come naturally, and is scarcely part of formal instructor training. I am not saying that new pilots cannot be good instructors, but the draw of hour building far exceeds the desire to produce career instructors – which could be a worthwhile career, for some, if it paid comparably to other flying jobs.

My point is this – are new pilots simply being forced into instruction because other opportunities are so scarce? What if you are great at flying aeroplanes, but either have no desire to instruct, or suck at it? Even if there are great instructors out there (I know a few), how can the industry keep them with such a poor pay scale? I wonder if we are reaching a point where the lack of experience in instructing, is actually reaching a danger point for all involved? I salute all those flight schools who take the time to develop, and hire instructors, who have a real desire to share the passion and skill. To all those trying to reach 500 hours, may the force be with you.